The Capitol Riot: A Chronology 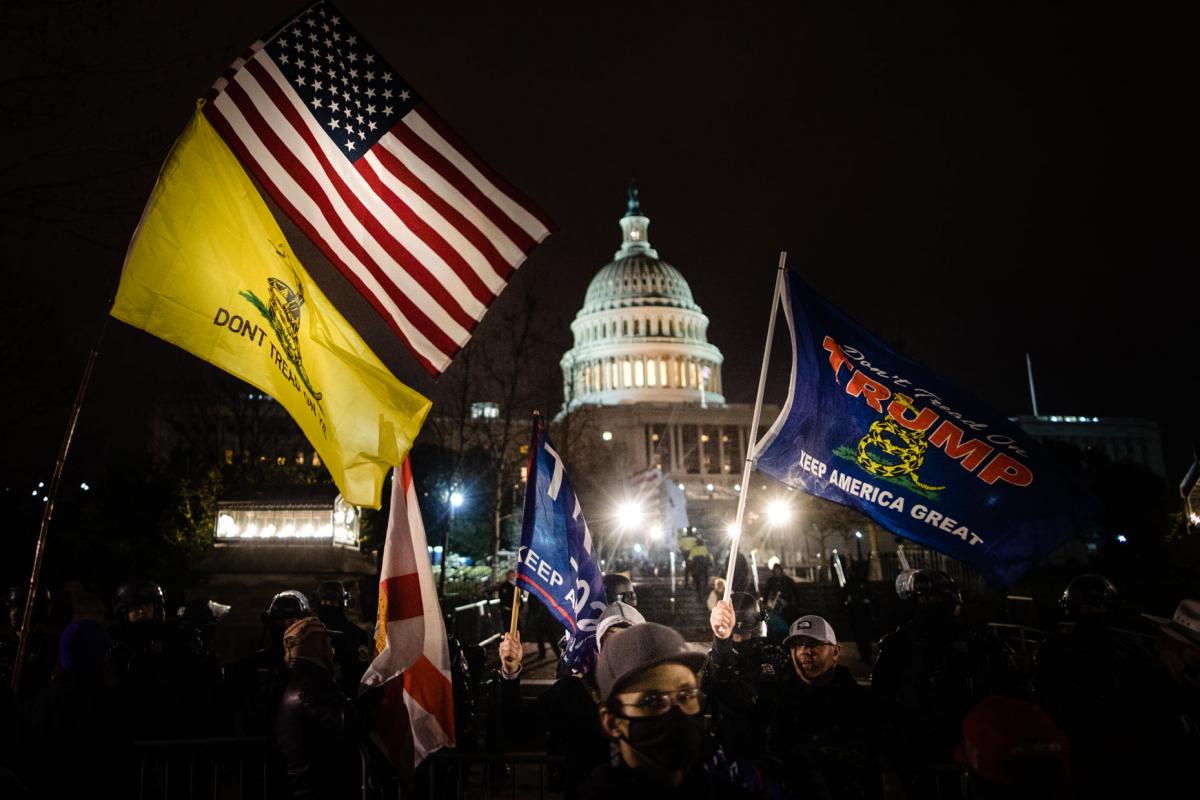 Washington, D.C., January 6, 2022 - The National Security Archive marks the one-year anniversary of the assault on the United States Capitol on January 6, 2021, with a meticulously researched timeline of the day's events. The chronology, which will serve as an important tool for investigators, researchers, and the public, is divided into three main parts:

The chronology below, taken together with our three previous sourcebooks, provides a high level of detail about the attempted coup while at the same time underscoring just how much about federal or local government decisions and actions remains unknown to the public.  Each entry includes a source, with hyperlink, and a Who's Who of key figures is also provided.  The Archive will update the timeline as important new information surfaces.

Cyber Brief: Cyber and the Insurrection, One Year Later
Jan 6, 2022

Keys to the Timeline

Minute-by-minute reporting of the Capitol attack comes primarily from open sources (much of it video footage and images captured by smartphones) obtained during investigations by major news outlets.

Rioters breached the Capitol Building from both the East and the West side of the building.

Events from the west side of the Capitol are color-coded green; 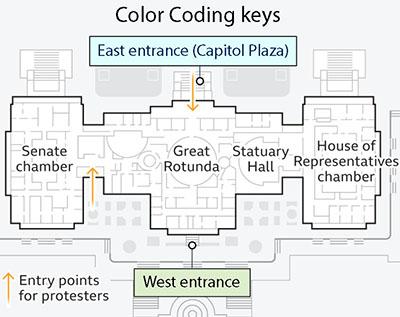 The east side breach is color-coded blue.