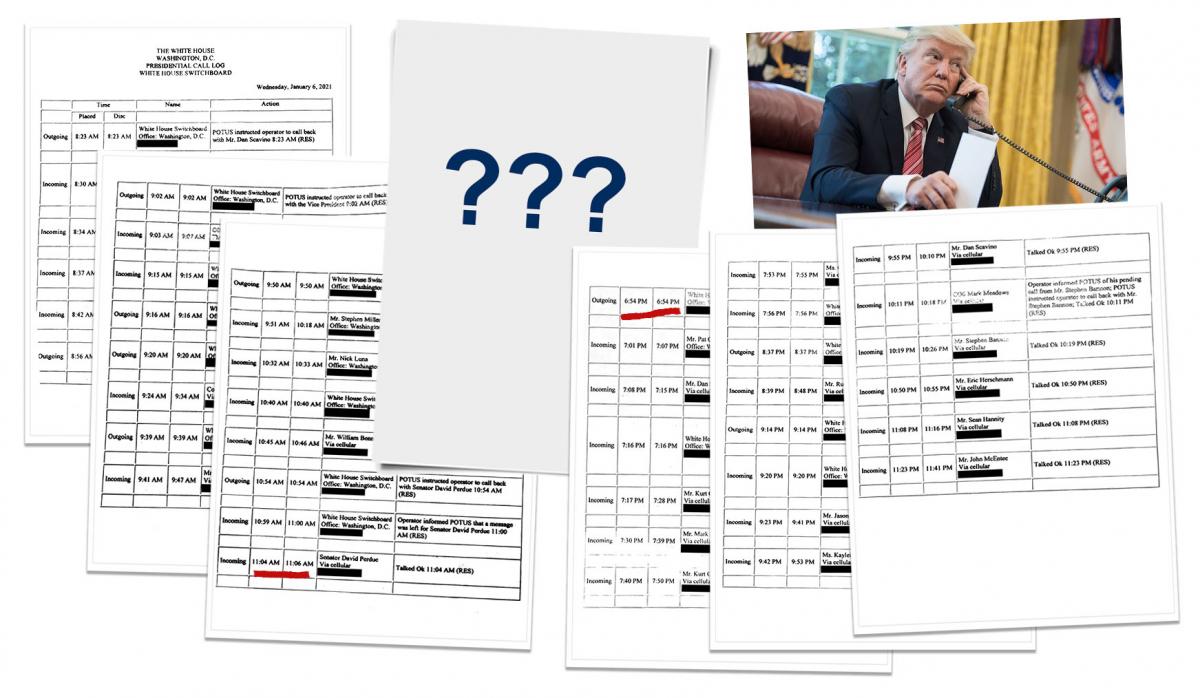 Among the Questions: How Did Phone Call Missing from Official Log Show Up in the End-of-Day Diary?

What Else is Missing? 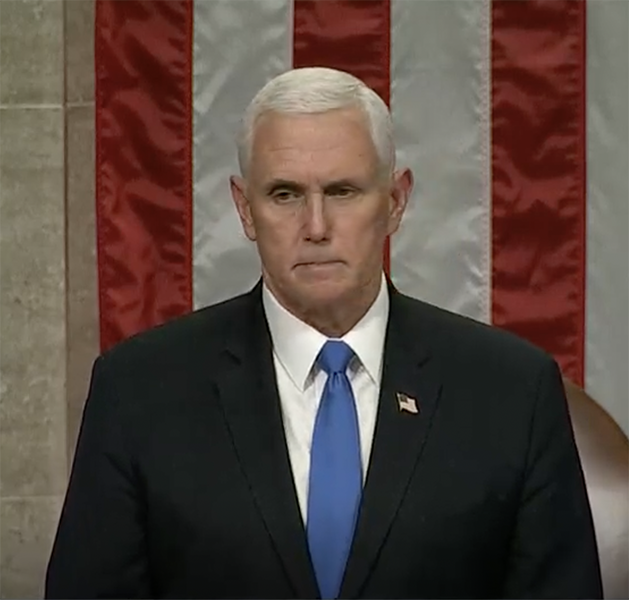 Vice President Mike Pence, pictured here at the Capitol on January 6, spoke to President Trump in an 11:20 AM phone call that is missing from the call log. 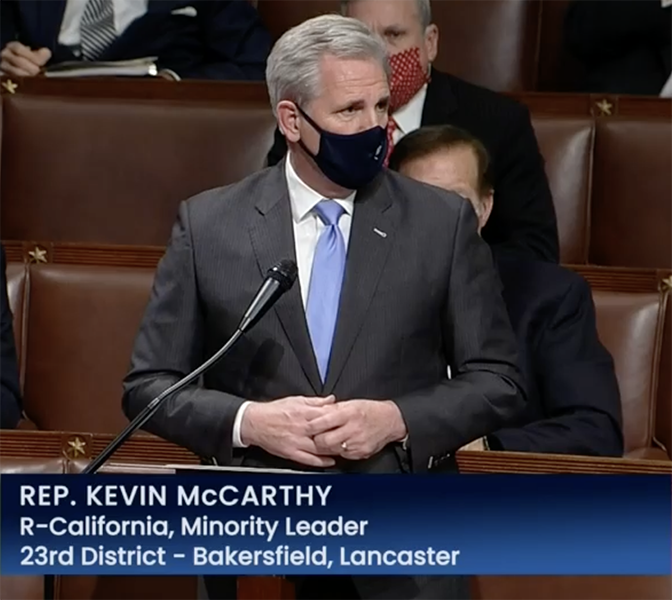 Representative Kevin McCarthy, pictured here addressing Congress after the riot on January 6, spoke to President Trump between 2:13 and 2:24 in a phone call that is missing from the call log.

The House Select Committee investigating the January 6th Attack is pictured here during a December 1, 2021, meeting to consider a criminal contempt charge for a prospective witness. Photo credit: Tom Williams/AP.

Washington, D.C., June 9, 2022 – As the House Select Committee tonight launches its televised hearings into the January 6, 2021, attack on the U.S. Capitol, the National Security Archive marks the event by posting former President Donald Trump’s “Shadow Call Log,” a new visual aid that helps fill in the blanks from the famous seven-and-a-half hour gap in Trump’s official call records, a gap that may be critical in the panel’s attempt to prove criminal intent.

Of particular interest for the committee should be a call placed at 11:17 AM that appears in the president’s daily diary, but not in the official logs, begging questions about how a communication could show up in a document typically compiled at the end of the day but not in a real-time record of his calls.

Today’s posting also supplements the Archive’s growing Capitol Riot Chronology, which has been updated with over one hundred new entries, and the Archive’s three-part collection of essential documents on the riot (read part 1, part 2, and part 3 on our website).

The missing seven-and-a-half hours from President Trump’s call log is emblematic of an administration that showed little regard for public records laws and transparency. To date, the public has had to rely on tenacious journalistic reporting for much of what it knows about the January 6 riot and about the disparity in the call log, which was first reported by the Washington Post and CBS. The reporting, and the White House's disclosure that Trump made eight phone calls between 7 PM and 8 PM alone, makes it hard to believe that he made no calls between 11:06 AM (the last call before the gap in the call log) and 11:57 AM, when he began his speech at the Ellipse rally, and no calls after the speech ended at 1:09 until 6:54 PM, when the call log states Trump made his first call in over seven hours. 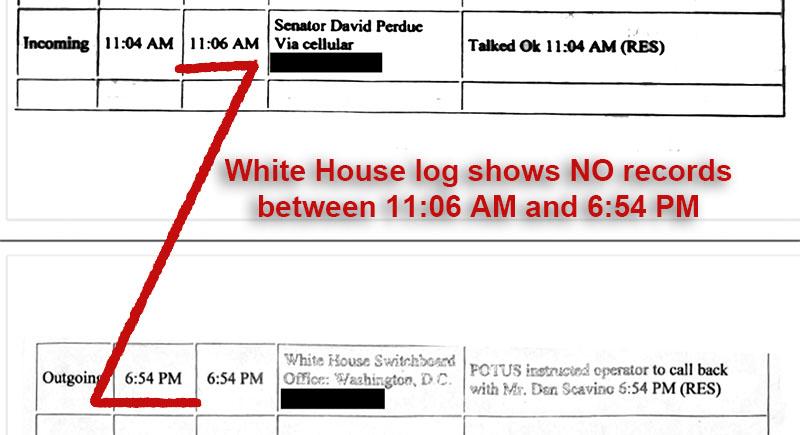 An Axios March 31, 2022, report may provide a partial explanation: Trump’s Executive Assistant, Molly Michael, was out of the office on January 6. In her absence, Nick Luna, the head of Oval Office Operations, and Austin Ferrer, Michael’s assistant, were supposed to be recording Trump’s meetings and calls and saving them in accordance with the Presidential Records Act (PRA). That clearly did not happen.

Staffing issues may have impacted the day’s record-keeping, but they do not explain this key discrepancy between the call logs and the President’s daily diary. The 11:17 AM call was between President Trump and an unidentified person whom court filings indicate may be former Senator Kelly Loeffler. The fact that this call is not in the official log is important because it would have appeared on a new page – one that some have suggested was ripped out of the log sheet altogether. At the moment we simply don’t have an explanation, but the significance of the matter suggests it should be one focus of the hearings.

The potential outcome of the hearings themselves is unclear. The panel may recommend a criminal referral, but it will be up to the Justice Department whether to act on it. What is abundantly apparent, from the missing call logs to Trump’s failed attempts to keep presidential records from being transferred to the National Archives and Records Administration, is the ongoing need for the previous administration to be answerable for its disregard for public records laws. As the upcoming hearings will underscore, unimpeded access to the activities of any presidential administration is indispensable for historical and democratic accountability.

Trump on Trial: A Guide to the January 6 Hearings and the Question of Criminality
By Norman Eisen, Donald Ayer, Joshua Perry, Noah Bookbinder, and E. Danya Perry Brookings Institution, 2022