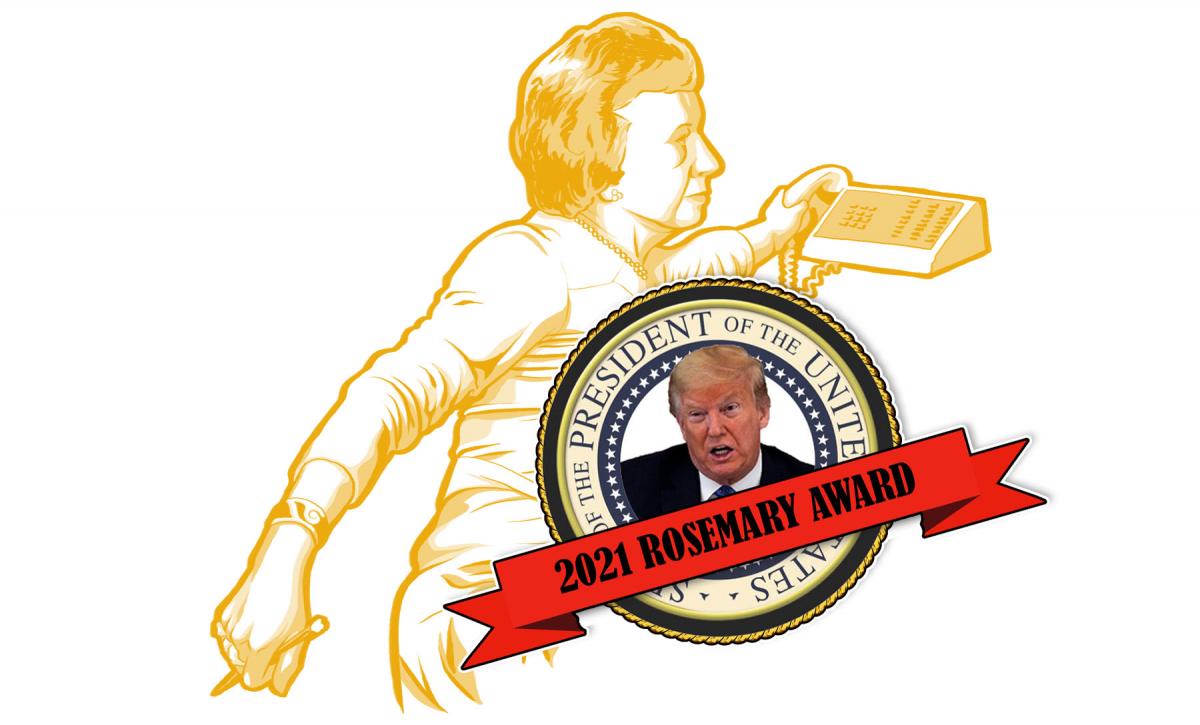 Trump – Ripper of Government Records – Broke Multiple Records Laws, Even After Being Voted Out of Office

The Weird Law Prosecutors Could Use to Bar Trump From the White House
By Jose Pagliery and Asawin Suebsaeng, Daily Beast
Feb 10, 2022

Opinion: Documents weren’t the only things Trump tore up while in office
By Editorial Board, The Washington Post
Feb 9, 2022

Washington, D.C., March 16, 2022 - Former President Donald J. Trump has the dubious honor of winning the National Security Archive’s infamous Rosemary Award for worst performance in open government in 2021; a remarkable achievement considering Trump was out of office for much of the year. During his time in office, Trump was widely reported to have both destroyed records and prevented their creation in the first place. Once out of office, Trump broke the Presidential Records Act (PRA) requirement that all of his official records immediately be transferred to the National Archives and Records Administration (NARA), denying the public its rightful ownership of his materials, and undermining congressional efforts to hold his administration accountable for events such as the January 6 insurrection.

The Rosemary Award, which the Archive began bestowing in 2005, is named after President Nixon's secretary, Rose Mary Woods, who testified valiantly that she had inadvertently erased 18 and ½ minutes of a crucial Watergate tape when she stretched to answer her White House phone with her foot still on the transcription pedal. Previous Rosemary Award “winners” include the CIA, the Treasury Department, the Air Force, the FBI, the Justice Department (twice), and Director of National Intelligence James Clapper.

Trump secured his spot in this hall of shame for his numerous offenses against federal and presidential records management rules. These include:

We didn’t know about (or even contemplate) Trump trying to flush documents down the toilets during his presidency, but we knew plenty was wrong. While Mr. Trump was in the White House, the National Security Archive sued him multiple times to defend records laws. Our lawsuits against the then-president and his disdain for record-keeping policies include:

We lost in court each time. We could say we told you so. But we’d rather say these losses actually illuminated the real holes in the law, the ones Mr. Trump drove his shredder through, the ones we better fix before he or another president does it again.