The First Nukes on the Korean Peninsula

Test of atomic weapon fired by the 280 mm. cannon at Frenchmen’s Flat, Nevada, 25 May 1953 during the Upshot-Knothole Grable test series. The explosive yield of the shot was 15 kilotons, in the same range as the atomic bomb dropped on Hiroshima. After much controversy in Washington, 280 mm. nuclear-capable artillery were deployed to South Korea in January 1958. (Photo from National Archives Web site)

Washington, D.C., November 20, 2019 – In the late 1950s, Secretary of State John Foster Dulles worried about the hit to America’s global political standing if the U.S. stationed nuclear weapons, some of which were huge, in South Korea while senior Defense Department officials pointed to the fiscal  benefits of these deployments, according to declassified records posted today by the National Security Archive.   Dulles, who had presided over U.S. nuclear deployments around the world, was cautious, declaring that it would be “disastrous to our position with our Allies and the United Nations” and wondering aloud “why it was essential that we be able to haul these great monsters around,” while DOD and the Budget Bureau insisted there were “substantial economies” to be had.

During the Cold War the United States deployed nuclear weapons around the world, on the territory of allies, on surface ships, and elsewhere.  A key deployment site was South Korea, a major ally in East Asia and an enduring Cold War and post-Cold War flashpoint.  Recently declassified documents at the National Archives shed light on the 1957 debate between State Department and Defense Department officials over whether Washington should deploy nuclear weapons in South Korea.  While Defense officials saw budgetary advantages from nuclear deployments, State Department officials raised doubts. In a memorandum to Secretary of State John Foster Dulles, published today for the first time, a senior official argued that it “would be disastrous to our position with our Allies and in the United Nations if we were to proceed and equip our forces in Korea with nuclear weapons in the absence of demonstrable and relatively comparable Communist actions.”

Especially controversial at the State Department was the proposed deployments of Honest John missiles and 280 mm. artillery.  At an NSC meeting, John Foster Dulles, who worried about the diplomatic impact of nuclear deployments in Asian countries, said that “he could not understand why in the world it was essential that we be able to haul these great monsters around.” Nevertheless, JCS Chairman Arthur Radford argued that they were vital for the security of U.S. forces in South Korea. Moreover, the Pentagon supported the deployments to offset alleged North Korean violations of the armistice that ended the Korean War in 1953.

For the budget-conscious Defense Department and the Bureau of the Budget, the “early introduction of nuclear weapons will enable us to make substantial economies in our financial commitments.in Korea.”  With South Korea still recovering from the war, the U.S. had been underwriting Korean conventional forces, but Budget and Defense concluded that cuts were necessary and that nuclear deployments would be more useful for deterring or blocking North Korean incursions while costing significantly less.  While Secretary of State Dulles raised searching questions about the deployments, he was willing to accommodate them if U.S. allies could be persuaded and if the deployments were sufficiently secret; the latter, as far as he was concerned, ruled out the “monster” weapons. Nevertheless, the momentum was too strong to head off and Eisenhower authorized deployments “as appropriate.”  The South Koreans refused to make cuts of conventional forces on the scale sought by Washington, and beginning in early 1958, the United States began to deploy the weapons, including the “monsters.”

The new documents indicate that Washington had no interest in nuclear sharing with South Korea, for example, by training special Korean units. Some U.S. military officials in South Korea were interested in providing such training, but they found no support.  Moreover, key U.S. allies made it evident that they would not support the deployments if they provided for a South Korean role.  Nevertheless, State Department officials believed that President Syngman Rhee would want atomic weapons for his troops if they were available to U.S. units in the South.

State Department qualms about nuclear deployments in South Korea echoed concern about nuclear weapons use during the Korean War. While the United States did not ship nuclear weapons to the Korean peninsula at the time, the Truman administration made emergency deployments at storage sites in the Pacific.   The U.S. nuclear threat posture notwithstanding, military planners never came up with plausible scenarios for nuclear use, while State Department officials believed that such an outcome would have a disastrous impact on the U.S. global position, including relations with allies. [1]

For most of the Cold War, from 1958 to 1991, the U.S. stored nuclear weapons in South Korea for use in the event that the North attacked the South.  Information about the deploymnets for most of those years have largely stayed secret, but significant information on their pre-history has been declassified. What made this Web posting possible is a recent archival release of State Department documents about the State-Defense debate.  Further research based on that release led to additional documents in the archives, declassified years ago, that shed unique light on White House decisions to introduce nuclear weapons into South Korea. Also in the open public record is an important Department of Defense history with a short narrative of the policy debate and the timing of the deployments of “nuclear capsules” to South Korea. [2]

Records of NSC meetings concerning nuclear weapons deployments in South Korea have been published in the State Department’s Foreign Relations series but with significant excisions shrouding important elements of the debate.   Those materials are included here to provide context but also to compare with the recently declassified documents.  Pending declassification requests for the meeting records may produce more information, now that the U.S. government has declassified some of these important State Department archival records.

The United States removed its nuclear weapons from South Korea in 1991 as part of a global repositioning of the U.S. arsenal; the Korean peninsula became nuclear-free until North Korea began to test and produce its own atomic weapons. That development has produced some interest in South Korea, mainly on the right, for access to nuclear weapons, either the re-introduction of U.S. armaments or the development of a national nuclear capability.  A major conservative paper, the Chosun lbo, recently called for all of the above, including nuclear sharing, as a way to reduce U.S. defense costs, which are a major issue between Seoul and Washington. Yet such moves could cause greater instability and uncertainty in a region where the future U.S. military presence is unclear and where negotiations have yet to resolve the challenges posed by North Korean nuclear forces. 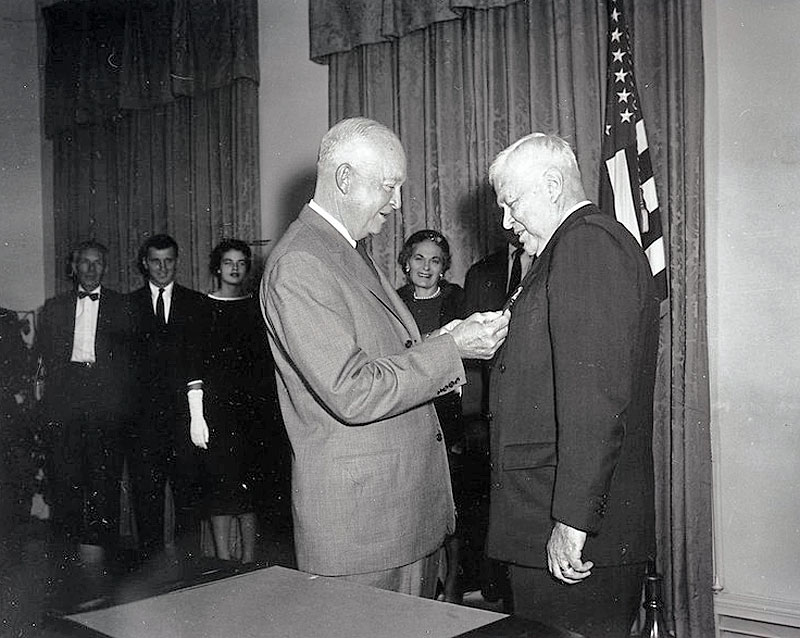 Secretary of Defense Charles Wilson receiving a medal from President Eisenhower.  Wilson and his deputies along with JCS Chairman Arthur Radford were determined supporters of nuclear deployments in South Korea.  (Photo courtesy of Office of the Secretary of Defense Historical Office). 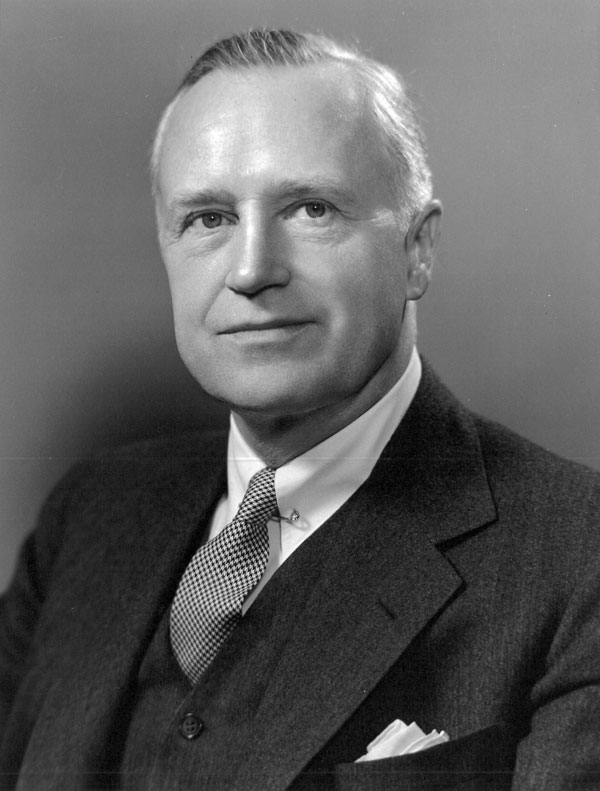 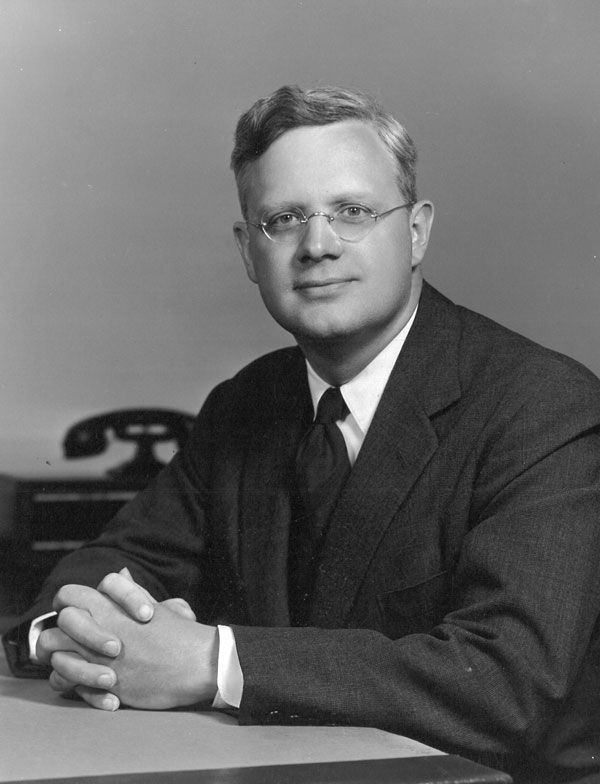 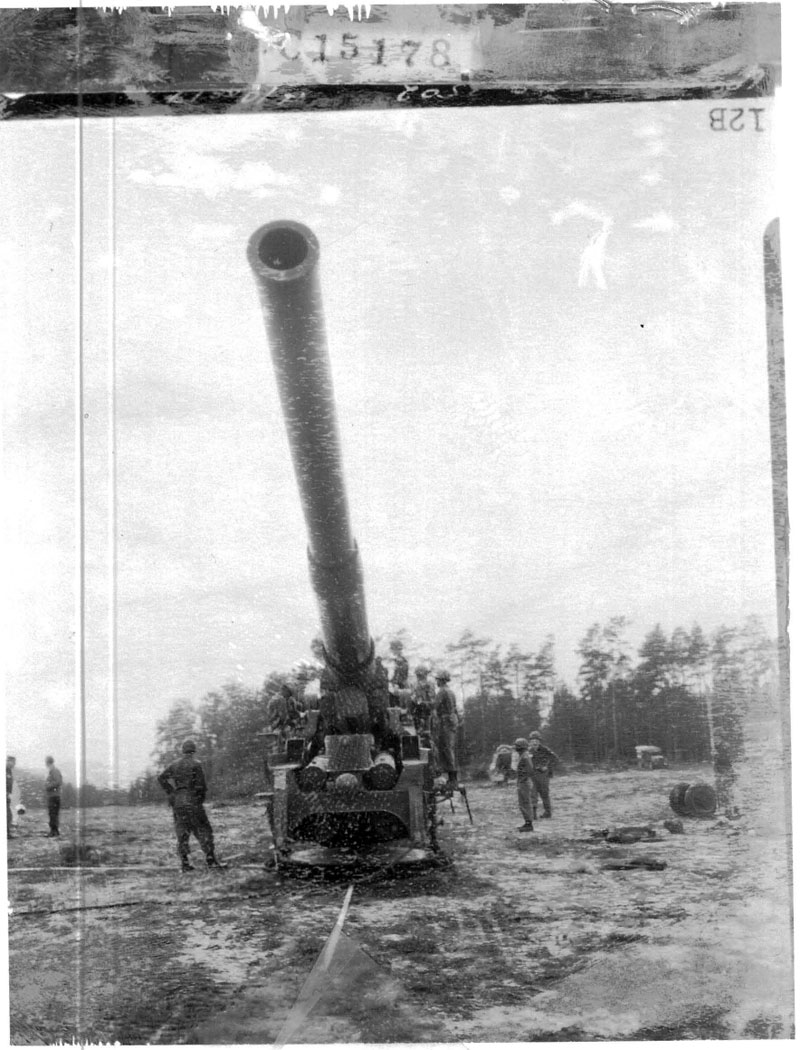 To give a sense of the scale of the 280 mm. nuclear-capable cannon, this shows one being set up for firing by the 39th Field Artillery Battalion at the Grafenwohr Training Area, West Germany, 28 September 1958. (National Archives Still Picture Division, Record Group 111-CS, box 31) 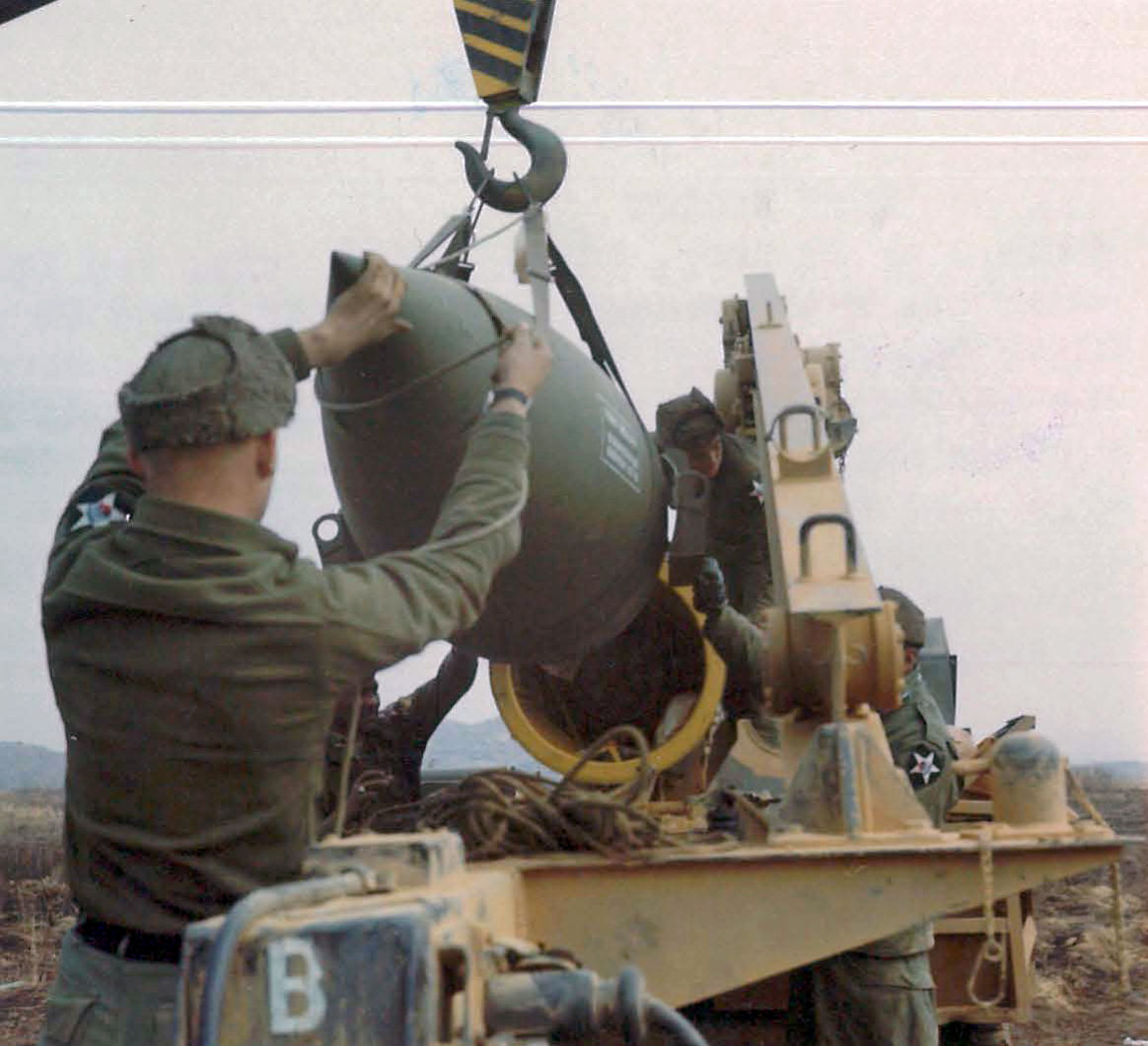 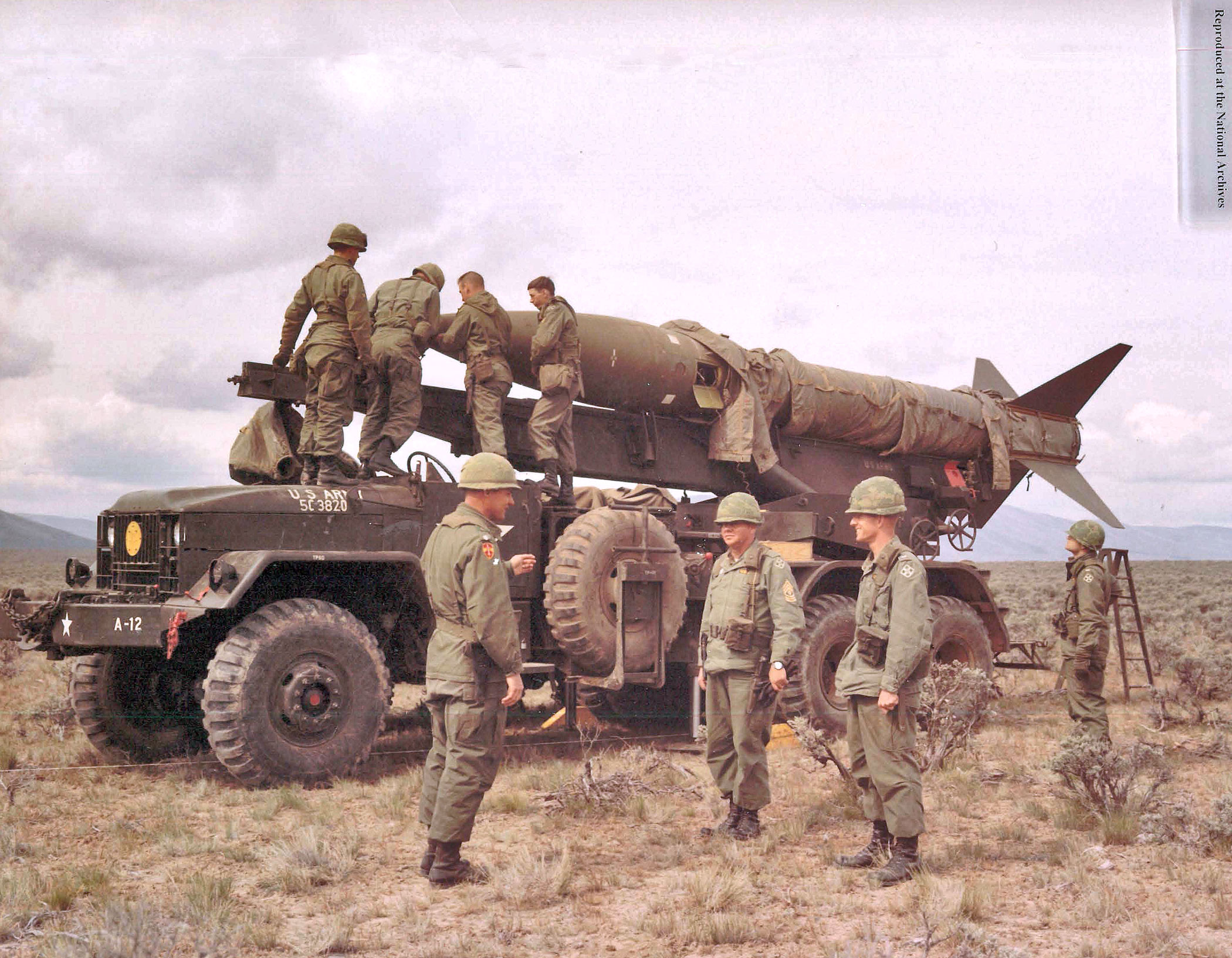 [4] . See Dulles’ comments during Annual Department of Defense Secretaries’ Conference, the next day, at Quantico, Virginia, where he said, among other remarks, that the mass of people in Asia identify “atomic weapon with this white supremacy and its having been used first by the United States against members of the so-called yellow race.” See Document 122, Editorial Note, U.S. Department of State, Foreign Relations of the United States, 1955–1957, National Security Policy, Volume XIX, (Washington, D.C.: Government Printing Office, 1990).  See also Mathew Jones’s discussion of Dulles’ remarks in in After Hiroshima: The United States, Race, and Nuclear Weapons in Asia, 1945-1965 (Cambridge: Cambridge University Press, 2010),347-348.

[5]. According to the Defense Department’s announcement of the meeting, “since the signing of the armistice, the Communist side has not reported the introduction of a single combat aircraft into Korea, and yet it is clear beyond dispute that the Communist side now has hundreds of the most modern jet types of combat aircraft based in North Korea.”   While not mentioning specific details, Defense argued the information on modern jets as “supported by all types of intelligence information including the evidence of radar trackings, the testimony of defectors, as well as long-range photographs.” See “U.N. Command in Korea Announces Intention to Replace Old Weapons, Department of State Bulletin XXXVII (8 July 1957), 58.

[6]  See Jones, After Hiroshima at page 347, which cites this and other related documents in the Policy Planning Staff collection at NARA.