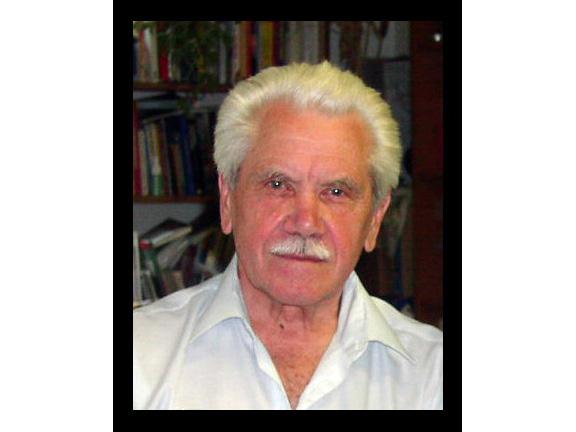 Inside the Central Committee during Brezhnev’s stagnation

Translated by Anna Melyakova
Edited by Svetlana Savranskaya
For more information, call or email: 202.994.7000 or nsarchiv@gwu.edu 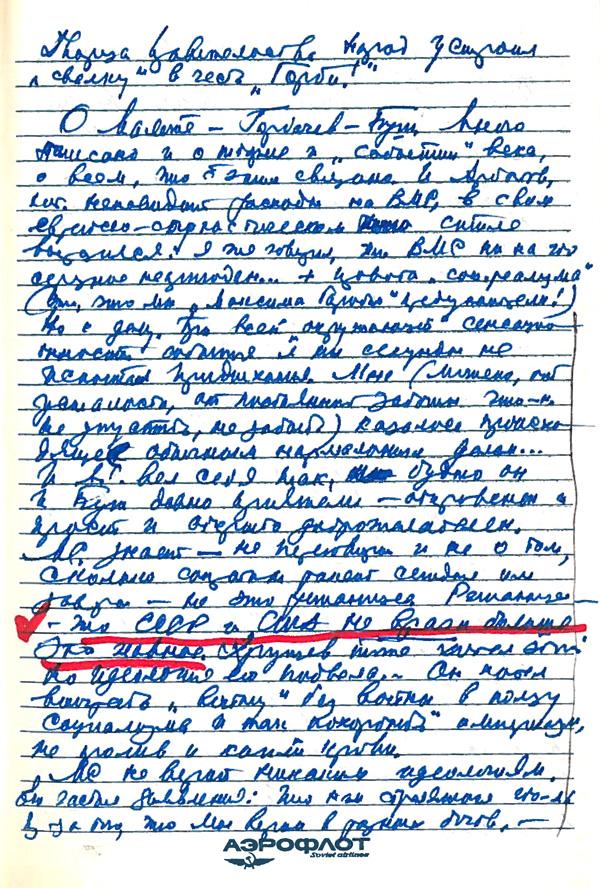 Washington, D.C., May 25, 2017 –The National Security Archive marks what would have been Anatoly Sergeyevich Chernyaev’s 96th birthday today with the publication for the first time in English of his extraordinary diary for 1977, written from inside the Central Committee of the Communist Party of the Soviet Union, where he was then a Deputy Director of the International Department.

The Archive’s dear friend and partner in opening historical records passed away this past March, but his voice is with us and remains irreplaceable for anybody who wants to understand not only the end of the Cold War in the 1980s, but also what was going on at the very top of the political hierarchy in Moscow in the darkest years before the dawn of the new thinking that would put Chernyaev at the right hand of Mikhail Gorbachev.

The diary of 1977 continues the themes seen in the earlier 1970s chapters, previously published on this web site, chronicling the decline and atrophy of the Soviet political system, starting with its top leadership.  The first entry of the year vividly describes Chernyaev’s conversation with his close friend and confidant at the time in the International Department—Karen Brutents.  They share their feeling of “despair” about the Soviet Union’s “dead end,” their pessimism about where the country is going, their embarrassment at the party’s empty ideological words and the constant flattery with new medals and awards that the leadership demands.

The diary describes the long decline of then-Soviet leader Leonid Brezhnev, who sometimes is barely capable of reading prepared texts in large letters, but is forced by his position to make long speeches and travel abroad.  Yet Chernyaev also details how Brezhnev occasionally promoted new initiatives, himself proposing a détente speech to greet the new U.S. president, Jimmy Carter, before his inauguration in January 1977, which Brezhnev delivered at Tula, emphasizing his genuine desire for arms control and peace.  The speech won praise from Western Europe (especially for one of the sections written by Chernyaev) and, in Chernyaev’s view, some blunting of American rhetoric about the Soviet threat.

Also telling are the diary’s descriptions of the rest of the Soviet leadership at the time, with one Politburo meeting featuring only half of its members, since the rest were ailing in various hospitals, sanatoria and sick beds.  A key character in the diary, often the source of Chernyaev’s frustration, is his boss, the head of the International Department Boris Ponomarev (referred to as B.N. in the diary).  The 1977 diary describes the process of drafting the text of the new Soviet Constitution as Ponomarev’s pet project—grand statements without real substance.

A key theme of the 1977 diary revolves around Chernyaev’s particular area of responsibility and sincere concern:  the USSR’s declining relationships with fraternal communist parties.  Chernyaev details the tensions especially with the Eurocommunists such as Carrillo in Spain, Marchais in France, and the Italians who seek exclusive interviews with Brezhnev yet criticize Soviet authoritarianism at the same time.  Chernyaev laments that the International Communist Movement is falling apart, losing steam and no longer using the USSR as its model.

The 1977 diary also provides a unique insider Soviet view of the first Carter administration venture in U.S.-Soviet relations, the mission to Moscow by new Secretary of State Cyrus Vance in March, which utterly failed.  The Carter proposal for deep cuts in nuclear weapons offended the Soviets as a show of disregard of Soviet interests and initiatives, including the Tula speech, and of the negotiation work that had already been done with Nixon and Ford.  As Chernyaev’s diary shows, Soviet experts believed the U.S. proposals were meant to undermine the real security of the USSR and thought them a Zbigniew Brzezinski ploy in his competition with Vance.  The diary describes incredible patience on the part of Vance while in Moscow on the receiving end of real mistreatment by the Soviet leadership.

The 1977 diary has the first assessment of Carter as champion of human rights and the Soviet dissidents’ protector.  Soviet officialdom saw dissidents as a major irritant, and it is clear from the diary that Chernyaev does not hold them in high esteem, while ironically sharing very similar views with them about the state of the Soviet political system.  Chernyaev often describes his conversations with close friends and colleagues about the economic and political situation in the country getting progressively worse while the people were endlessly patient “as long as there was no war.”

(For more on the decline of détente during the pivotal late 1970s, visit the National Security Archive’s Carter-Brezhnev Project page, which presents compilations of declassified documents and a series of extraordinary conference transcripts from the 1990s featuring face-to-face discussions between former U.S. and Soviet officials Cyrus Vance, Zbigniew Brzezinski, Stansfield Turner, Georgy Kornienko, Anatoly Dobrynin, Gen. Valentin Varennikov, and others.)

One of the many ironies in this chapter of the Chernyaev diary is the author’s genuine obsession with and admiration for Lenin.  After reading a particular Lenin essay, Chernyaev remarks on the “brilliance of thought and phrase” and describes his reactions as “I would jump up and run around the room, chuckling with delight” – presaging the attitude of his future boss, Mikhail Gorbachev, who saw his perestroika, at least initially, as a “return to Lenin.” But that would not happen until the passing of the aging and ill generation of Soviet leaders so vividly described and criticized in the 1977 pages of the landmark Chernyaev diary.

The Diary of Anatoly Chernyaev,1977
Source