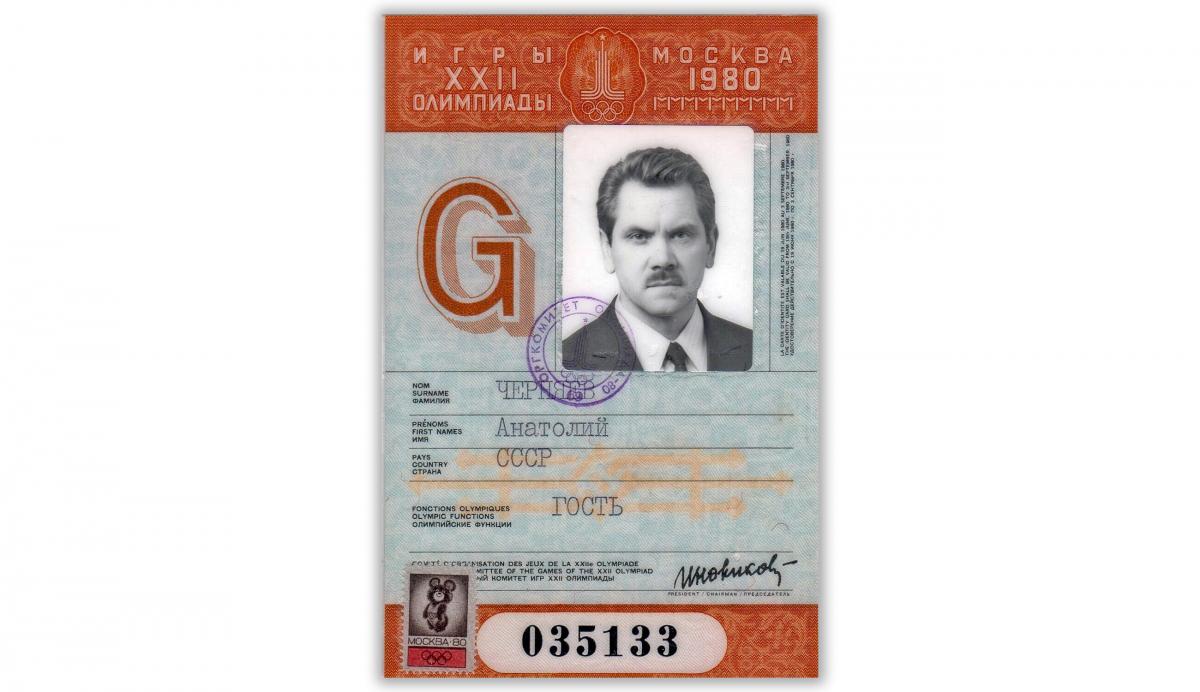 Inside the Soviet Central Committee, “who is supposed to answer for Afghanistan?”

From the Anatoly S. Chernyaev Diary, 1980

I’m going through a very tough time morally. Everyone around me, if they do not ask me directly, the expression in their eyes is demanding an answer: “Whose idea was this? (Afghanistan) What for? Who is supposed to answer for this to the nation and to the world?”

In our “higher” spheres, the Olympics once again highlighted the fact that most things are done to cater to one man – and to disturb him as little as possible.

The lines have gotten longer. But there are no potatoes, no cabbage, no onions, no carrots, no cheese. The sausage, as soon as it appears, is wiped off the shelves by out-of-towners, who have flooded the capital once again.

Our people know almost nothing of what is happening in Poland. They will find out when we send our tanks there. And that is not out of the question, if the current leadership cedes or begins to cede power to “Solidarity.” 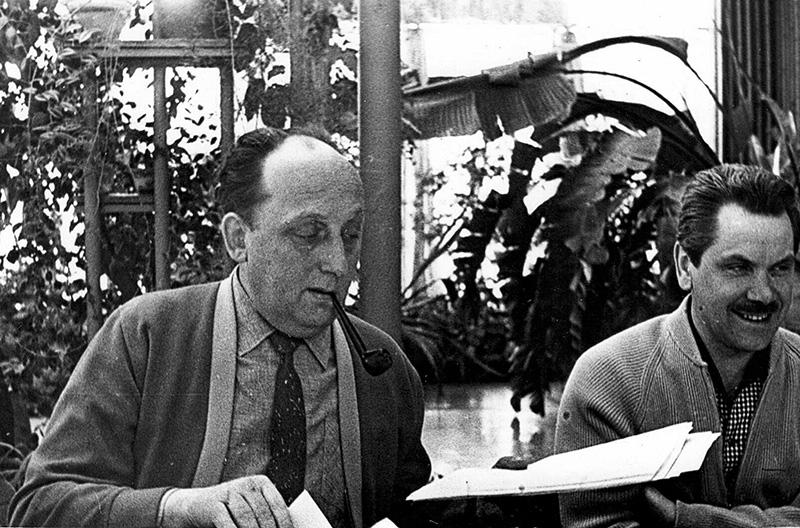 Georgy Arbatov and Chernyaev in Zavidovo. 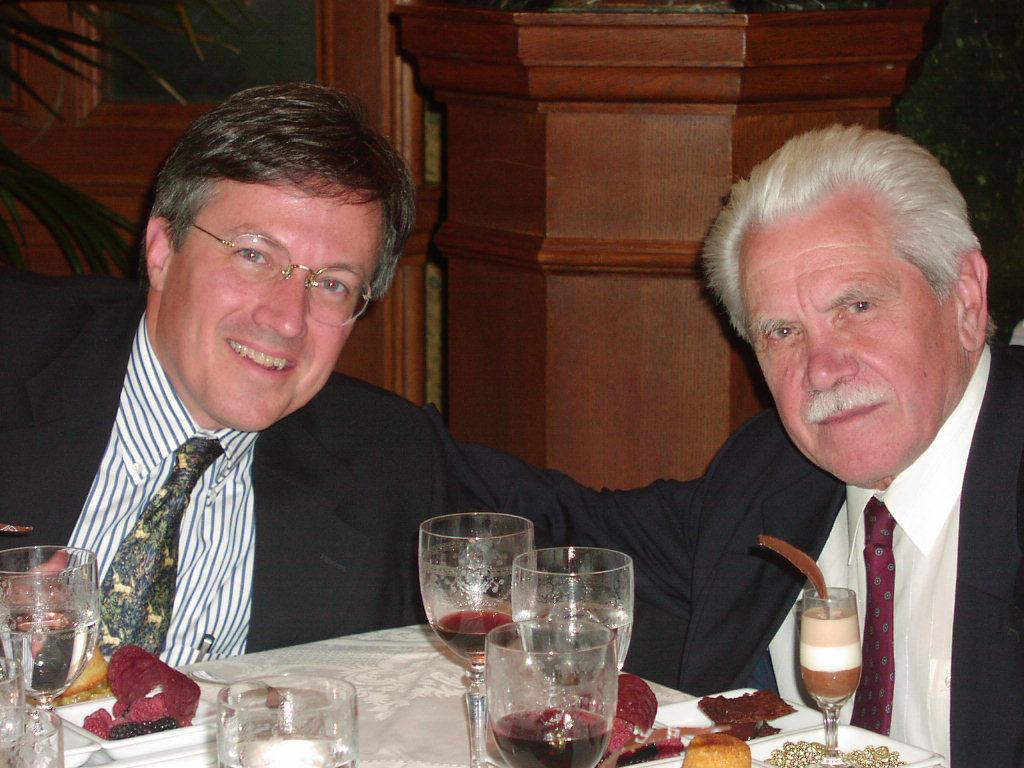 Anatoly Chernyaev and Archive Director Tom Blanton after a conference on the Soviet invasion of Afghanistan, Washington D.C. 2003. Photo by Svetlana Savranskaya

Washington D.C., May 25, 2020 –The National Security Archive marks what would have been Anatoly Sergeyevich Chernyaev’s 99th birthday today with the publication for the first time in English of his extraordinary Diary for 1980 At the time, Chernyaev was Deputy Director of the International Department of the Central Committee responsible for the International Communist Movement (ICM) and fraternal parties. The diary traces the further decline of the top Soviet leadership, the emergence of strikes and other labor unrest in the Soviet Union in the midst of a deteriorating economy, and the dark cloud of two invasions—one that already happened—Afghanistan, and one that Chernyaev fears might happen—Poland.

Historians have come to count on the Chernyaev diary as one of those “irreplaceable” (in the words of Pulitzer Prize winner David Hoffman) primary sources that give unique insights in contemporary prose to matters that at the time were beyond secret, the view of highest-level Soviet life from a candid insider.

For the senior party apparatchik Chernyaev, who, together with his closest friends, is highly critical of the stagnating Soviet system, the year 1980 proceeds under the shadow of Afghanistan. This is a main topic of internal conversations, a puzzle that people around Chernyaev ponder—why was it done, who was the main instigator of the invasion in 1979 Chernyaev’s hunch is that, “Brezhnev could not forgive Amin for overthrowing and killing Taraki the day after his embrace with Brezhnev in the Kremlin. Somebody used this…” Chernyaev suspects that it was the head of the KGB, Yuri Andropov, who persuaded the senile General Secretary to send troops to the neighboring country.

However, Chernyaev’s respected colleague Georgy (Yuri) Arbatov, head of the USA and Canada Institute, tries to persuade him that Andropov was against the invasion and that Gromyko was the main proponent: “Arbatov is defending Yu.V. (Andropov) in every possible way. He even says that the latter was ‘strongly opposed’ and even said that it would be better to ‘lose Afghanistan.’ Doubtful. If this had been the case, the General Secretary would not have resolved to do it, despite all his emotions about Amin.”

Chernyaev’s diary suggests most people in the higher echelon of the Soviet leadership were quietly critical of the invasion and abhorred the economic cost the USSR had to pay.  Even Chernyaev’s own boss, B.N. Ponomarev, “who is fussing more than anyone to justify the Afghan action in the eyes of the international community, understands that it was a stupid mistake. Maybe in his heart he even considers it a crime.” Faced with universal criticism for Afghanistan, the Soviet officials are trying to put pressure on allies among the fraternal socialist parties and the communist parties of Western and non-aligned states to stop their criticism and in fact rebut the sanctions that the West implemented against the USSR, including canceling their planned meetings with Western leaders.

Chernyaev writes that the allies were “revolting on their knees over Afghanistan” sending a message to the Soviets:  “you did not consult with us when you started Afghanistan, and now you want us to sacrifice our real interests by breaking our contacts with the West for the sake of your stupidity.”

Chernyaev also documents that Arbatov, for whom he has the highest praise, went to see Brezhnev and Andropov on his own initiative and proposed withdrawal of troops from Afghanistan.  Andropov apparently presented it at the Politburo as “the mood of intelligentsia.” Some units were withdrawn in June, but it did not affect the key Soviet policy—to keep propping Babrak Karmal’s government regardless of the fact that he had no functioning government or reliable army.

In the diary, Chernyaev comes back again and again to the sorry state of the Soviet economy in 1980 and the acute shortages of food and consumer goods. He observes the “paratroopers” from the provinces who come on commuter trains and buses to Moscow: “These people haul away huge bags of whatever they can get their hands on – from butter to oranges.” This time, in addition to describing the economic crisis, Chernyaev recounts the growing number of strikes, which theoretically should not happen in a country of victorious socialism.

But the bad economic news are apparently not shared with the top leader, Leonid Brezhnev, who is kept on a “sparing regimen” designed not to get him worried about real-world events. The system is only concerned with self-preservation and, in Chernyaev’s diagnosis, “senility is affecting the entire structure, the mechanism of top-level power, due to the senility of its leader and the average age of the rest of its leadership at nearly 75 years. It is becoming dangerous for the existence of our state, not just for its prestige.”

In July, Moscow opens the highly awaited Summer Olympic Games, which are boycotted by many Western governments in response to the Soviet invasion of Afghanistan. Chernyaev describes the empty city, which was turned into a “Potemkin village,” a “ghetto,” with thousands of police patrolling empty streets.

In the middle of the Olympics, the poet and singer Vladimir Vysotsky, whom Chernyaev calls “the bard of our time,” dies and is buried with a veritable demonstration of thousands of people.  Vysotsky had been harassed by the state, prevented from living with his wife in Paris or with her in Moscow, but “The funeral turned into a city-wide mass mourning – in the midst of the Olympics. The line to say goodbye started forming at night, from the Taganka Theater to the bridge, along the embankment, to the Rossiya Hotel." Chernyaev notes that even Andropov himself sent a note of condolences.

As always, significant space in the diary is devoted to the state of mind of the Moscow intelligentsia.  Chernyaev reflects on the newly fashionable and semi-oppositional literary expression of “pochvennichestvo,” which is a “back to the roots” appeal to Russian nationalism, with a focus on idealized Russian culture and rural way of life. He discusses and partly agrees with the heightened focus on Russian culture and civilization and notes “once again we are splitting into Westernizers (Lenin) and Slavophiles.”

He is struck by the lag between the Western culture of renaissance and enlightenment and the Russia's late coming to progressive ideals, but emphasizes “Russia caught up to the West in a few decades. (Later, after 1917, we had to catch up in the material-industrial sphere too, and we did it in a couple decades). We were able not only to understand all of their culture, but surpassed it. As in Blok: ‘We understand all – the sharp Gallic sense / And gloomy German genius.’” Chernyaev laments that it is the West that is still incapable of understanding Russia and treating it like an equal.

In the fall of 1980, the main focus of conversation among Chernyaev’s colleagues and friends shifts from Afghanistan to Poland. The Solidarity strikes and the “weakness” of the Polish Communist party headed by Stanislav Kania create the conditions where “a repeat of 1968” seems possible. When Chernyaev asks his boss Ponomarev if he thinks Soviet troops are an option, the latter responds prophetically: “No, nobody is talking about that. But the Poles have to take it upon themselves… their army needs to speak up. And in general – if Jaruzelski (Commander of the Polish Army) was made First Secretary, he would quickly restore order.” Indeed, that would eventually happen, though it would be closer to the end of 1981, not the Fall of 1980.