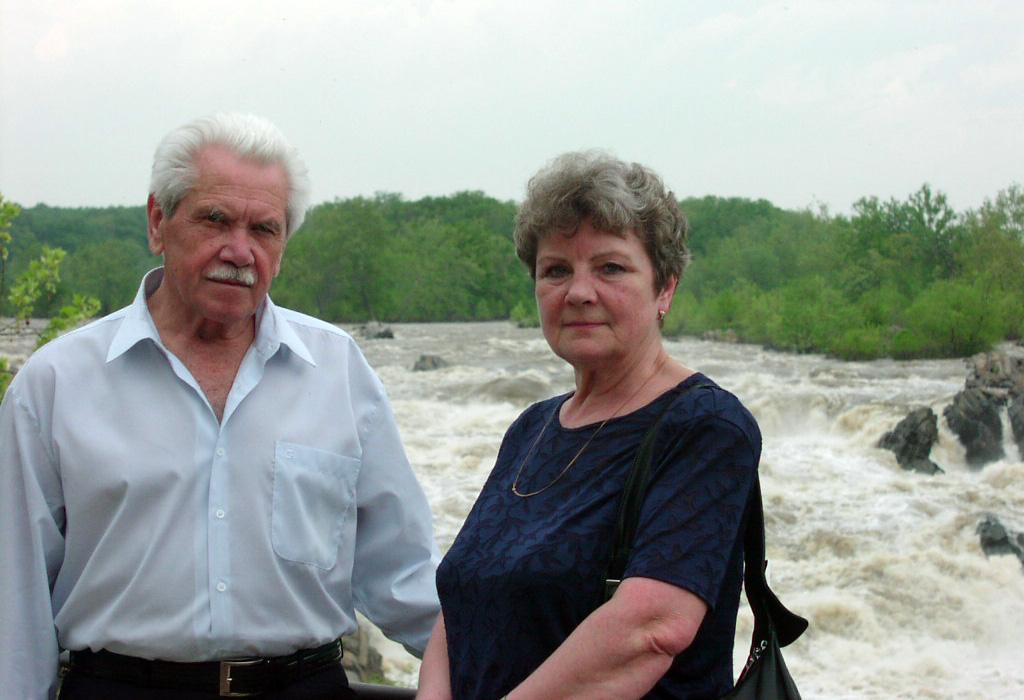 “Our society is not pregnant with anything new, conception hasn’t even occurred yet.”

Ambivalence on dissidents, challenges of Eurocommunism, a new member of the Central Committee. 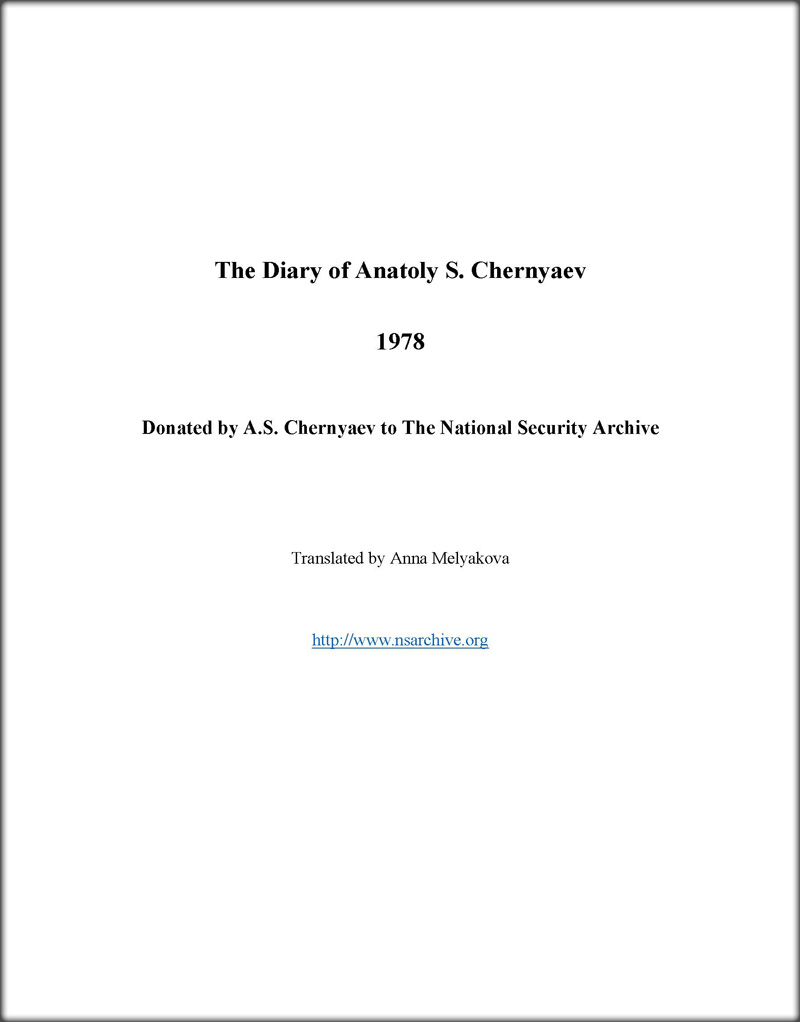 Washington D.C., May 25, 2018 - The National Security Archive marks what would have been Anatoly Sergeyevich Chernyaev’s 97th birthday today with the publication for the first time in English of his extraordinary Diary for 1978, written from inside the Central Committee of the Communist Party of the Soviet Union, where he was then a Deputy Director of the International Department responsible for International Communist Movement (ICM) and fraternal parties.

The main theme of 1978 is deep, protracted stagnation.  In Chernyaev’s words, “our society is not pregnant with anything new, conception hasn’t even occurred yet.”

1978 is a slow year, during which Chernyaev witnesses the decline of the top leadership and deterioration of living conditions for regular citizens.  He remarks on the falseness of the system but at the same time seems to accept its harsh treatment of the dissidents.  He is becoming even more cynical about what he observes: “we are living in an atmosphere of dense senility… and total contempt for the opinion of the people.”

His responsibilities in the International Department take him on travels to attend gatherings of socialist and communist parties in Hungary, Belgium, Czechoslovakia and on Brezhnev’s visit to West Germany.  1978 is the 10th anniversary of the Prague Spring and the Warsaw Pact invasion of Czechoslovakia.  This event is widely discussed in the international communist movement, especially in the “Eurocommunist parties.” However, the official communist parties who took part in the invasion are silent about it.  Chernyaev despises Bil’ak and other Czech collaborationists describing “a climate of contempt [that] is forming within the parties of our fraternal countries towards people like Bil’ak and the majority of the Czech leadership.”

1978 brings an even deeper chasm between the “Eurocommunist” parties, especially in France and Italy, and the CPSU. Even “fraternal” parties are wary of the Soviet interference and domination.  Chernyaev, who is genuinely committed to the international communist movement, observes the failing Soviet reputation with sadness but also perceptive analysis: “the anti-Sovietism is fueled by the fact that we are sticking our nose everywhere, and often interfere by useless (or very outdated) means. They are afraid of us, they do not trust us and they will not, until we ‘retreat into ourselves’ and devote all our energy internally. This would be the best thing we could do right now for progress in the world, including to preserve peace.”

This anti-Soviet dynamic is fueled to a great extent by the crackdown on dissidents, especially on the Moscow Helsinki Group, a crackdown driven by Andropov (“he made a career out of it”).  Chernyaev has an ambivalent attitude toward the dissidents.  He notes the long sentences given to Yury Orlov, Alexander Ginzburg and Anatoly Scharansky, but only criticizes the trials for undermining the Soviet standing in the international communist movement and creating an uproar in the Western press.  He quotes Ponomarev as complaining to him “These courts (!) should have asked the CC how to proceed. Now they went after him [Orlov] to the full extent and we have to face the consequences in the ICM and the world community! Strange!”

Chernyaev gets to observe Soviet general secretary Leonid Brezhnev in action on his visit to FRG during his meetings with senior German officials including Chancellor Schmidt. Most of the meetings are purely symbolic, with Brezhnev just reading his cards.  Chernyaev concludes in the postscript to the year: “Brezhnev’s visit to the FRG impressively demonstrated the senility of Soviet leadership. The description of this spectacle is the most amusing and the most depressing page in the records of 1978.” Later in the year, there a struggle in the leadership about whether to let Brezhnev meet with a group of visiting U.S. Senators.  Chernyaev notes that “Gromyko is posturing at the SALT negotiations to make sure Brezhnev does not go to the U.S. Right now Gromyko and others do not want to ‘show’ him.” Foreign policy is made basically on the basis on papers prepared for Brezhnev by his assistants, which leads Chernyaev to remark on “the enormous and dangerous role of assistants, especially [Brezhnev foreign policy aide Andrei] Aleksandrov [Agentov], who is very subjective, categorial, self-assured, and now he’s lost all sense of moderation in an atmosphere of indisputability.”

In a year where “nothings happens,” Chernyaev observes the profound alienation between the regime and the society and notes that most people withdraw into private life, and even literature and art tend to focus on the internal life, family and search for spirituality.  This sense of alienation produces great literature and art, so creative life is thriving in a non-political sphere.  He notes “a fascinating phenomenon of our modern life: hunting for books (the black market is enormous), for unorthodox music, overcrowding at all galleries exhibiting anything with even a hint of originality, etc. Is it a search for spirituality? A reaction to the emptiness and trite grandiosity of the official sphere, which now does not even raise people’s curiosity. People brush it off with jokes – they do not struggle against it, they just brush it off.”

One of such books, with a subtly political context, Anatoly Rybakov’s Heavy Sand, brings Chernyaev to tears because it touches on a deeply personal issue for him—anti-Semitism, which first inspired fear and then hatred in him.  He hopes that this new publication would make people think along the lines that “the Russians are big. It is their duty to protect the Jews, to compensate with their large-heartedness and pliability for the offenses the Jews have suffered for so long.”

In conversations with Georgi Arbatov, head of the Institute for USA and Canada Studies, Chernyaev discusses the depth of economic collapse, shortages of most food items and consumer goods, and the fact that everybody understands the situation but nobody tries to do anything about it. “Things are bad, judging by everything Arbatov told me. He had been working at Serebryannyi Bor [government dacha] on the preparation of the Plenum. Things are bad with metals, bad with fuel – oil, coal… Bad with roads and especially railroads. And the situation with meat is absolutely dismal.”

In this dismal situation, something important takes place at the CC CPSU Plenum in the end of November 1978—a new Central Committee member was elected from the region of Stavropol—Mikhail Sergeyevich Gorbachev, whose main mission would be to fix the meat shortages.  Chernyaev immediately notices the newcomer and comments: “Gorbachev, Mikhail Sergeyevich – First Secretary from Stavropol was made CC Secretary for Agriculture (replacing Kulakov)… This is a good candidate. A few years ago, I went to Belgium with him. We got along. He is smart, brave, extraordinary. He sees everything. He is concerned and devoted to his work. He is not an official. He can speak from the heart. I remember he charmed the Belgians.”

Years later he would charm Chernyaev and the world.

The Diary of Anatoly Chernyaev,1978
Source