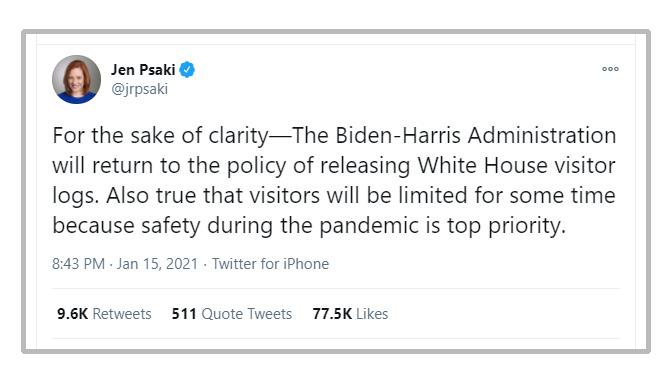 Spokesperson: new administration will resume transparency, though visits limited because of COVID 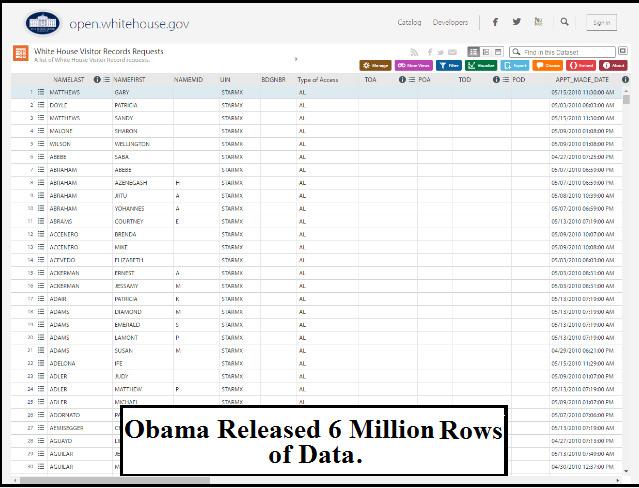 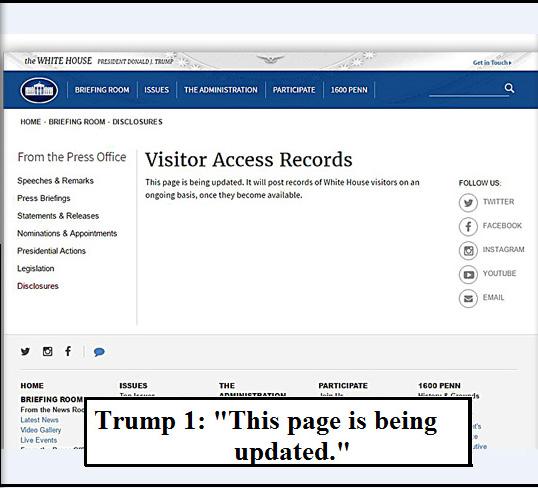 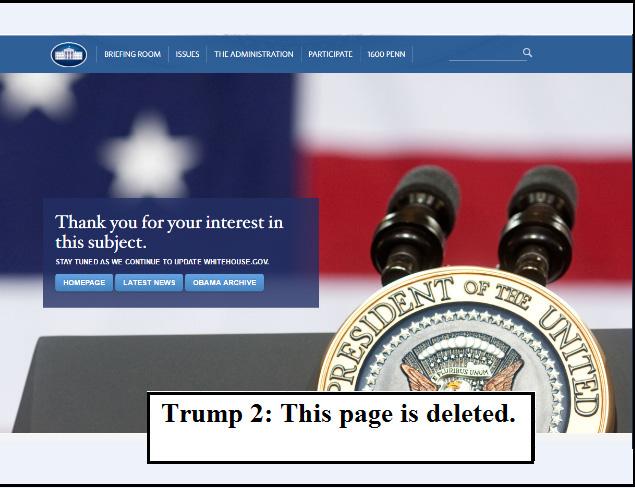 The Obama White House posted some six million records of visits to the White House within 90 days of the visit, enabling journalists and citizens to track lobbyists and interest groups, and even determine the relative influence of, for instance, Google, versus the other tech companies.

The Trump White House initially promised on its website to resume publication, but the National Security Archive suspected that would not happen, given President Trump's pattern of secrecy around his tax returns.  Archive senior analyst Kate Doyle filed Freedom of Information Act requests with the Secret Service, part of the Department of Homeland Security, on early visits to Trump by Mexican officials at the White House and at Trump properties like Mar-a-Lago; and soon after, in April 2017, the entire visitor log portion of the White House website went dark.

The Archive filed suit in federal court in New York, where Doyle is based, in Doyle v. DHS, with pro bono representation from attorneys Anne Weismann (later of CREW), and Jameel Jaffer and Alex Abdo of the Knight First Amendment Center at Columbia University.

Proceedings in the case made headlines showing that the Secret Service had been ordered not to keep records at all of visitors at the Trump properties, where the President frequently conducted official business.

The case also focused attention on the White House memorandum of understanding with the Secret Service that converted the latter's agency records (logs of visitors) into presidential records exempt from the FOIA -- a maneuver that if applied across the government could threaten the entire structure of the Federal Records Act.

The courts -- first District Judge Katherine Failla and then a 2nd Circuit appeals panel headed by Judge Guido Calabresi -- chose to emphasize the potential burden on the presidency, ignoring the routine publication of the logs by the Obama White House, and ruled against the Archive in a series of holdings that illuminate the weaknesses of the Presidential Records Act.

Now the argument at the core of Doyle v. DHS has been vindicated by the decision of the incoming Biden administration to resume routine transparency on the White House visitor logs.  The PRA, however, remains in dire need of renovation, updating, and enforcement mechanisms.