Scavenging for Intelligence: The U.S. Government’s Secret Search for Foreign Objects during the Cold War

A North Korean pilot flew this MiG-15 to South Korea in September 1953. It was quickly disassembled and shipped to the Air Technical Intelligence Center for exploitation. (Kenneth Rower)
Published: Jan 31, 2018
Briefing Book #616

For more information, contact: James E. David at davidjj@si.edu
or The National Security Archive at: 202-994-7000, nsarchiv@gwu.edu

Newly Declassified Documents Begin to Fill in Blanks on an Underreported Aspect of U.S. Intelligence Operations

The Soviet Union Loved These Secret Weapons (And So Did The CIA)
The National Interest
February 5, 2020

James David
“Was It Really ‘Space Junk’? US Intelligence Interest in Space Debris that Returned to Earth”
Astropolitics
Vol. 3, No. 1 (Spring 2005).

Washington, D.C., January 31, 2018 – Like so many treasure hunters, beachcombers, and curio shoppers, U.S. military and intelligence operatives have for decades scoured the planet for access to everything from captured surface-to-air missiles to medicines to bits and pieces of spacecraft that have fallen to Earth – all with an eye to learning something useful about America’s adversaries. “Foreign Military Exploitation” (FME) has long been a part of the intelligence-gathering repertoire, but has rarely been written about, largely for lack of declassified records on the subject.

Today’s posting by the National Security Archive, based at The George Washington University, features an array of materials dating from the Cold War that piece together the story of FME. Records from the Central Intelligence Agency, Defense Intelligence Agency, State Department, National Security Council, and the U.S. Air Force describe the priorities, methods, and results of some of the U.S. government’s wide-ranging exploitation efforts, from analyzing Moscow-supplied military equipment captured by Israel during the Six-Day War, to finding a gas bottle dropped from a Soviet satellite over Wisconsin.

U.S. interest in enemy military equipment from World War II on has derived from the prospect of learning about their performance characteristics and developing possible countermeasures. During the Cold War, these efforts were mainly directed against Sino-Soviet Bloc military hardware and took place in peacetime as well as during actual conflicts. But the target list expanded dramatically to include nonmilitary items that could shed light on the scientific, technological, and economic progress of adversaries. These foreign material exploitation activities, conducted by the CIA and DoD, were often a major contributor to what was designated scientific and technical intelligence.

Today’s Electronic Briefing Book discloses some of the activities of the CIA and DoD in this field and provides helpful background and context, including describing some of the delicate political and bureaucratic maneuvering these activities entailed. James E. David, curator of national security space programs at the Smithsonian National Air & Space Museum, compiled and introduced the posting.

Scientific and technical (S&T) intelligence on the USSR and other nations was critical during the Cold War. The intelligence community commonly defined it as follows:

Multiple sources contributed to S&T intelligence. Foreign material exploitation - the overt or covert acquisition and analysis of military and civilian hardware and equipment – was a key one. Overhead and ground photography provided the dimensions, configurations, and other details of industrial and military facilities, weapons, weapons systems, and other equipment. The interception and analysis of telemetry from rockets, missiles, and spacecraft acquired by ships, aircraft, and ground stations (and satellites beginning in the 1960s) was essential to determining the performance characteristics of these vehicles and their missions. Acoustic, seismic, and radiological sensors of the Atomic Energy Detection System were instrumental in detecting nuclear tests and assessing the progress in nuclear weapons programs. Technical documents and scientific publications obtained overtly or covertly frequently contained relevant data. Human sources - defectors, Foreign Service officers, attaches, scientists having contact with Sino-Soviet Bloc officials, and others - furnished valuable information at times.[2]

The Joint Soviet Materials Intelligence Committee was abolished in 1951 at the same time that the Joint Chiefs of Staff established the Joint Materiel Intelligence Agency under its Joint Intelligence Committee. Its mission was to coordinate the collection and analysis of captured equipment and other foreign materials by the services, ensure the prompt dissemination of intelligence derived therefrom, liaison with allies engaged in similar exploitation activities, and liaison with the CIA concerning the exploitation of foreign non-military materials. Headed by a Director, the committee also had an Advisor who represented the interest of the CIA, State Department, and Atomic Energy Commission, and representatives of the three services. The previous friction between the CIA and the services soon disappeared and a good working relationship developed. In 1953, the Joint Technical Intelligence Subcommittee under the Joint Intelligence Committee assumed the responsibilities of the Joint Materiel Intelligence Agency.[4]

The Scientific Estimates Committee established by DCID 3/4 in 1952 replaced the Scientific Intelligence Committee. It provided that the Department of Defense (DoD) was primarily responsible for S&T intelligence on weapons, weapons systems, military equipment and techniques, and relevant R&D and the CIA for basic sciences, scientific resources, non-military medicine, and relevant R&D. Members were from the CIA, Joint Staff, State Department, the three services, and the Atomic Energy Commission. The Scientific Estimates Committee was barred from producing studies and, as a result, much of its work involved contributions to National Intelligence Estimates and National Intelligence Surveys. It tried to guide the production activities of the member agencies with mixed success and also published annual lists of their S&T intelligence publications. The Intelligence Advisory Committee transferred responsibility for S&T intelligence on nuclear programs to the new Joint Atomic Energy Committee and on guided missiles and space programs to the new Guided Missiles and Astronautics Intelligence Committee in the late 1950s.[5]

In 1959, DCID 3/5 created the Scientific Intelligence Committee with the same membership. The new directive removed the restrictions of its predecessor and instead provided that the CIA “shall produce scientific and technical intelligence as a service of common concern and as required to fulfill the statutory responsibilities of the Director of Central Intelligence” and that “the other departments or agencies shall produce scientific and technical intelligence pertinent to their departmental missions.” It also lifted the prohibition on publishing studies. As a result, the new committee generated interdepartmental reports and continued to contribute to National Intelligence Estimates. It also had greater success in allocating production responsibilities to the member agencies.[6]

The 1961 directive creating Defense Intelligence Agency (DIA) assigned to it the tasks of programming and coordinating all DoD S&T intelligence programs and activities and conducting liaison with the CIA in this area. Its Directorate of Science and Technology quickly established the Foreign Material Exploitation Program. Among other things, under the program a Foreign Materials Requirements Listing was prepared setting forth the exact items to be acquired and their priority, Specific Intelligence Collection Requests were sent to DoD elements and the CIA to affect their acquisition, and each item was assigned to one of the services for technical analysis.[7]

In 1950, the CIA created the Soviet Material (Sovmat) Staff in the Office of Operations under the Deputy Director (Plans) to lead its foreign material exploitation efforts. It soon moved under the Deputy Director (Intelligence). A small organization, the Sovmat Staff requested other CIA elements or the DoD to conduct the collection and similarly arranged for other CIA offices, the DoD, civilian government agencies, or contractors to perform the analysis. For many years, it disseminated the finished intelligence in CIA Information Reports. At some unknown date the office was renamed the Foreign Material Office.[8]

Each military service had its own programs for foreign material exploitation, with their focus on the service’s area of operational responsibility. Air Force programs were primarily managed by the Air Technical Intelligence Center (which was renamed the Aerospace Technical Intelligence Center in 1959 and then the Foreign Technology Division two years later), the Army’s by the individual technical services (which were then consolidated into the Foreign Science and Technology Center in 1962), and the Navy’s by the Scientific and Technological Intelligence Center. Although these organizations performed a great deal of analysis themselves, they also employed contractors at times. They disseminated the finished intelligence in a wide range of publications.[9]

The CIA and DoD obtained the material through various means. U.S. and allied forces captured military hardware and equipment on the battlefield or were given access to them when previously supplied to a country now friendly to the United States. Defectors occasionally flew aircraft to allied nations. Pieces of missiles, rockets, or spacecraft that survived reentry and returned to Earth were collected. A wide range of non-military equipment, from electronic devices to medicines, was purchased or otherwise acquired by Foreign Service personnel, defense attachés, civilian scientists, and others who had contact with Soviet officials.

Foreign material exploitation has not been covered in depth by the open literature, primarily because almost all the documents have remained classified through the decades. Notable exceptions include Jeffrey Richelson’s treatment of technical intelligence in his series The U.S. Intelligence Community, Matthew Aid’s 2010 Electronic Briefing Book Project Azorian, The CIA’s Declassified History of the Glomar Explorer, and the author’s “Was It Really ‘Space Junk’? US Intelligence Interest in Space Debris that Returned to Earth”, Astropolitics, Vol. 3, No. 1 (Spring 2005).

In recent years, the declassification of additional records by the CIA and DIA have shed more light on the subject. There are still major gaps, but the new documents enable a more comprehensive history to be told than before. 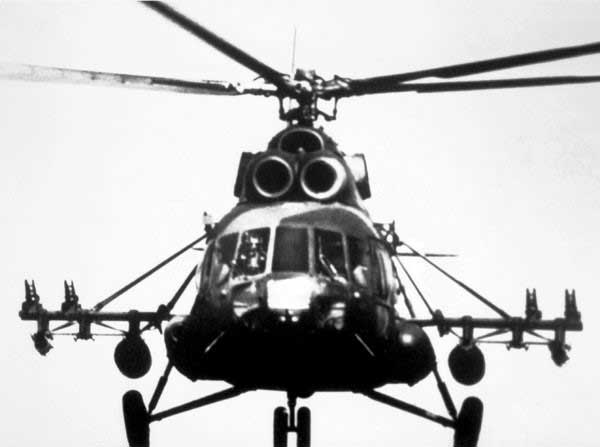 The MI-8 HIP helicopter, one of which the U.S. acquired in 1966 from an unknown country. (Defense Department) 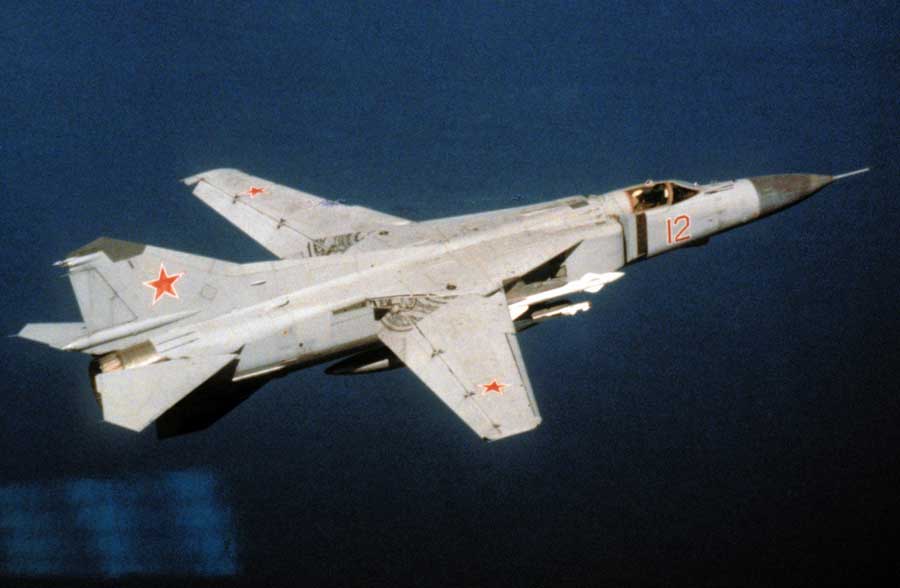 Parts of an Ethiopian MiG-23F, which had crashed in Somalia during the fighting between the two countries in the late 1970s, were acquired for exploitation. (Wikimedia Commons) 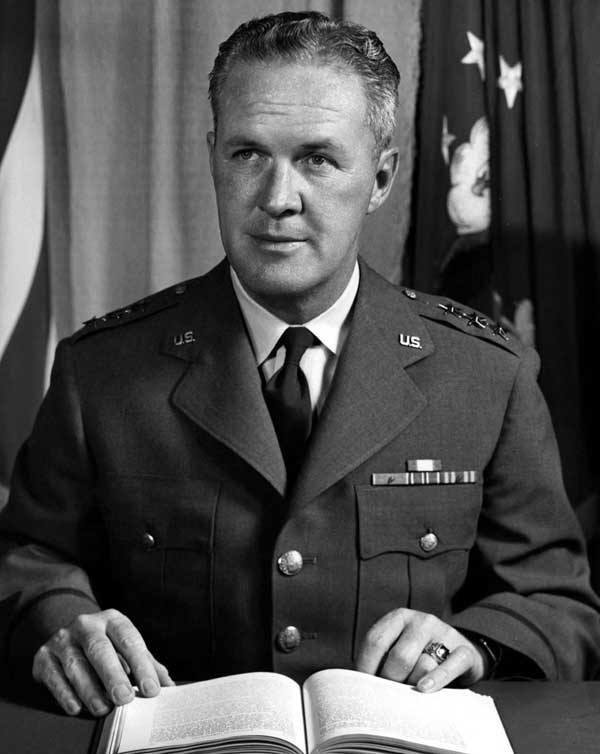 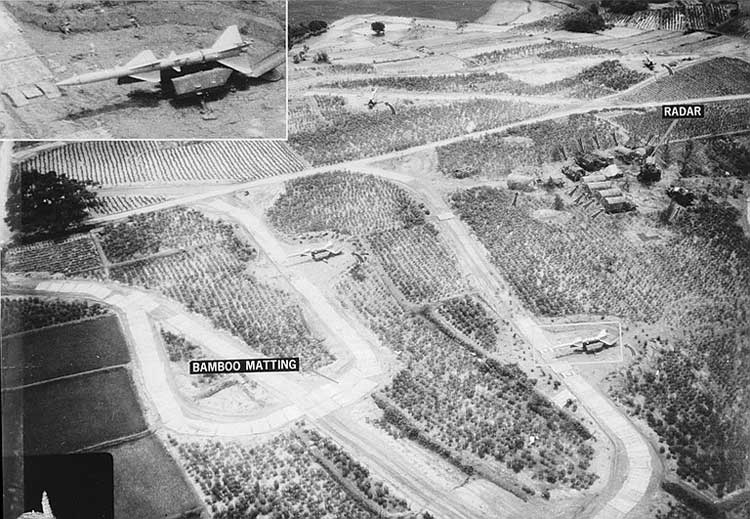 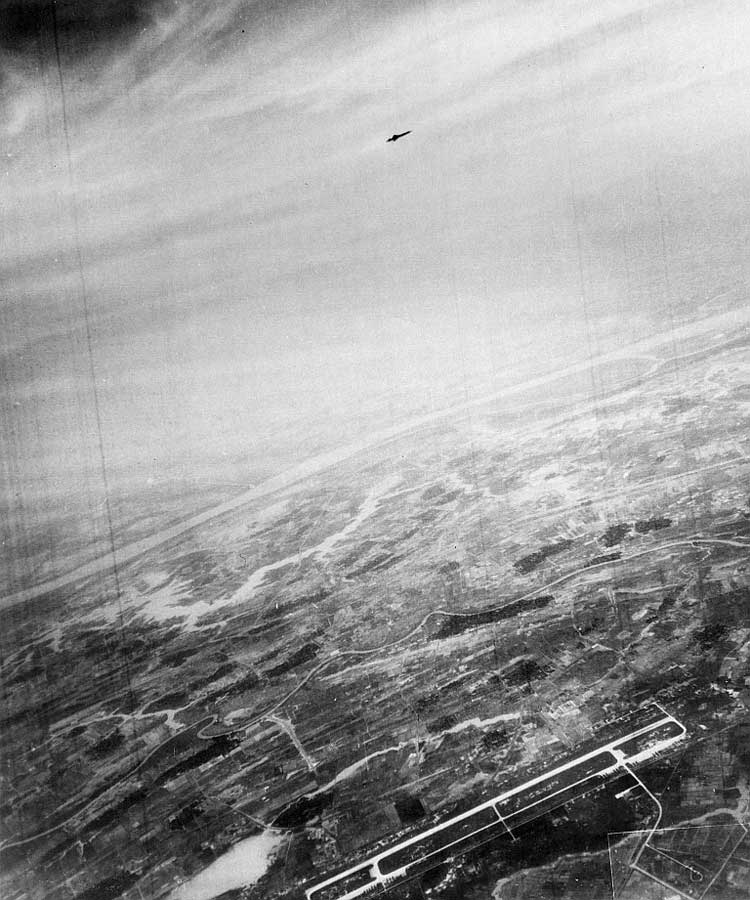