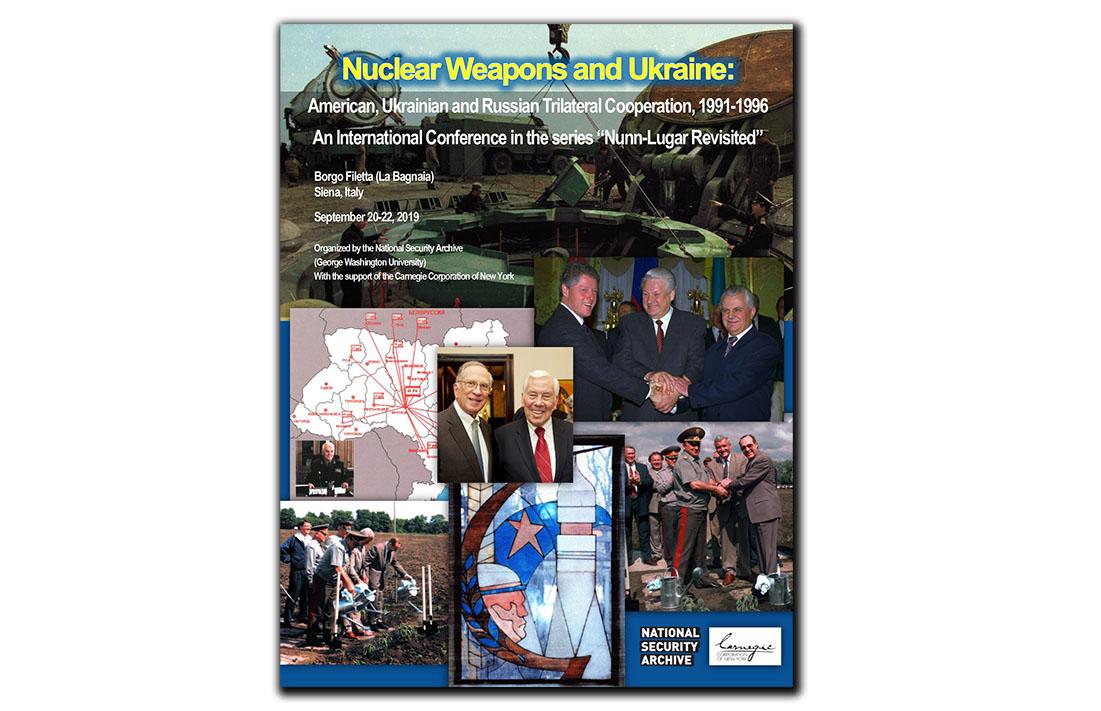 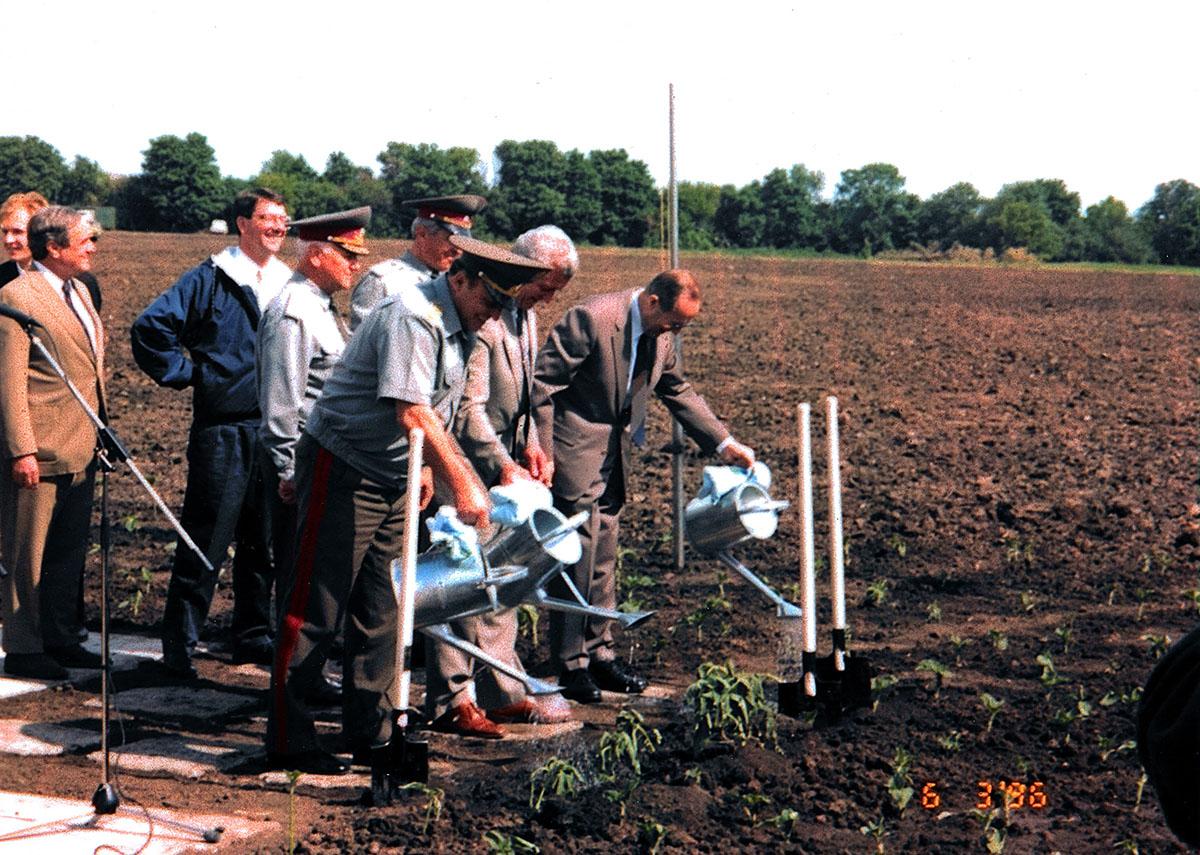 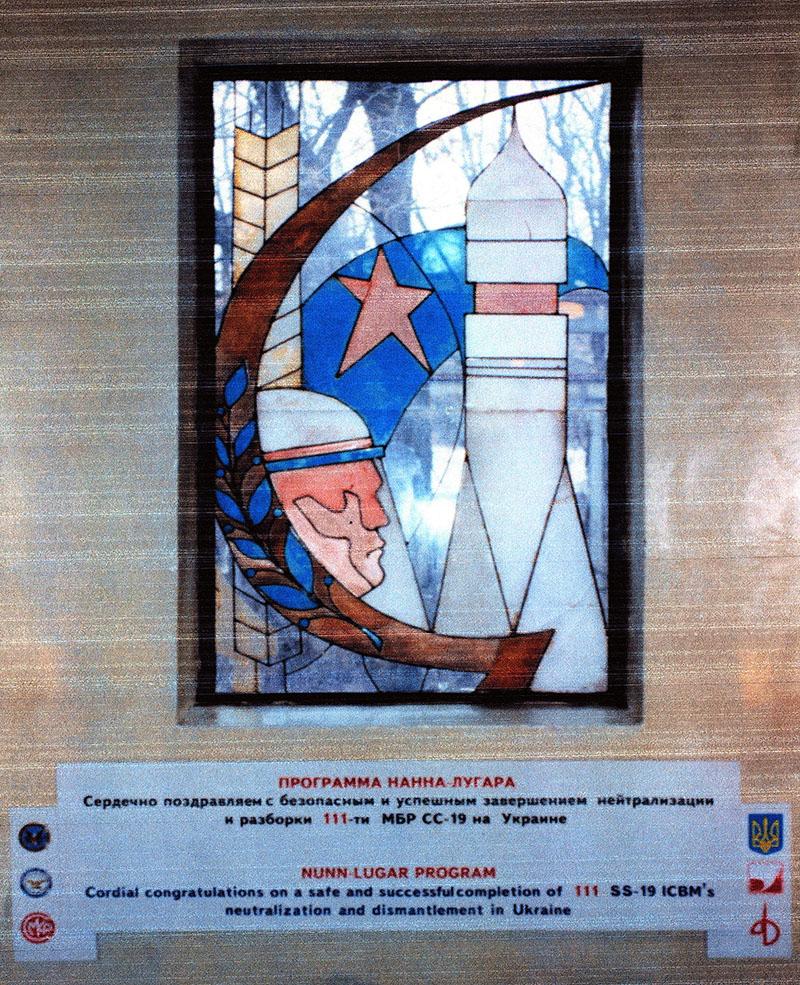 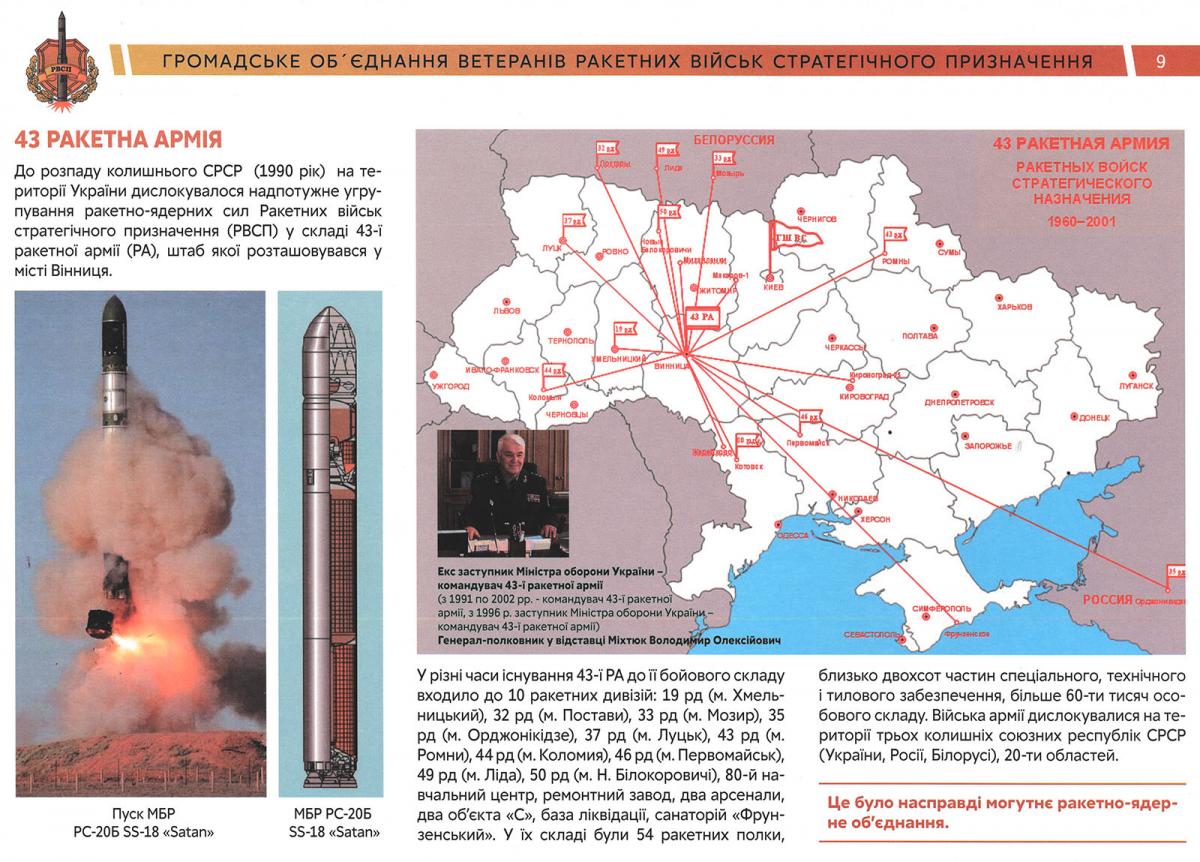 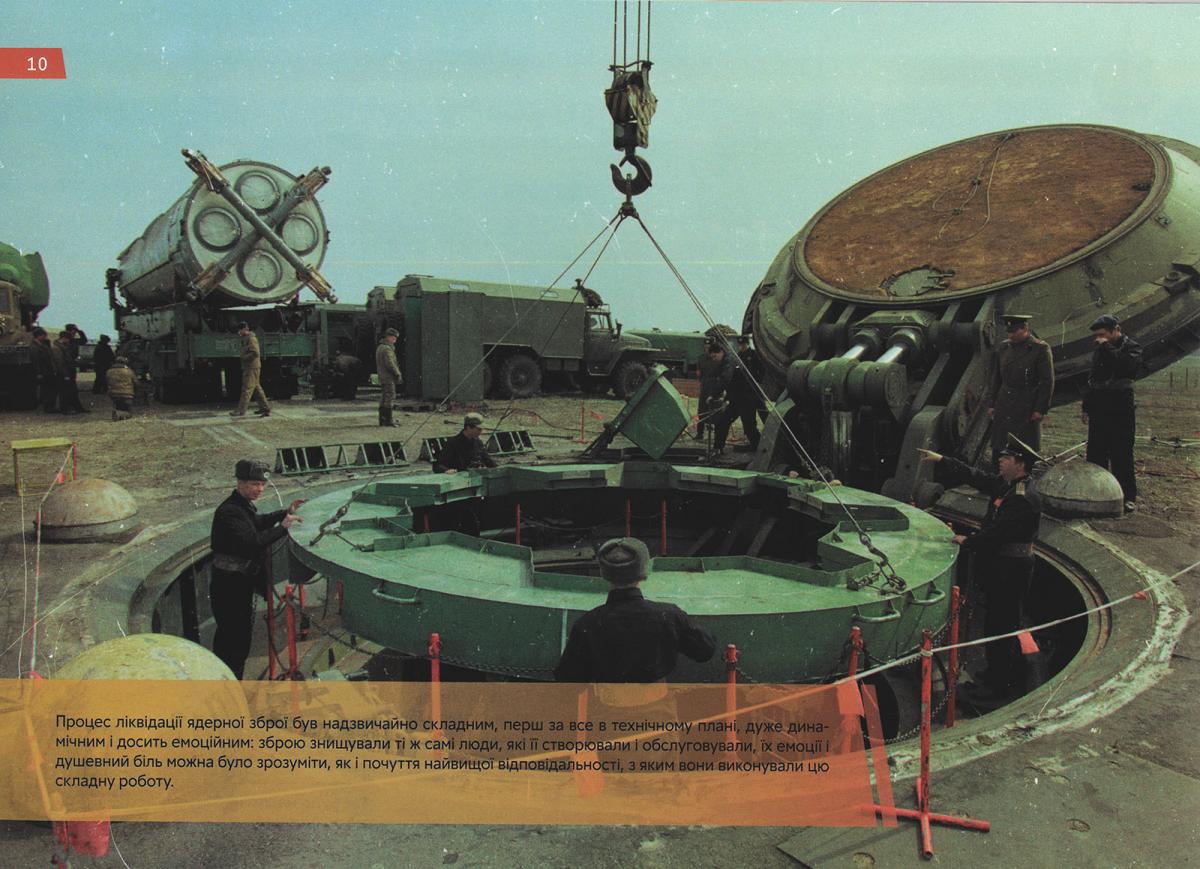 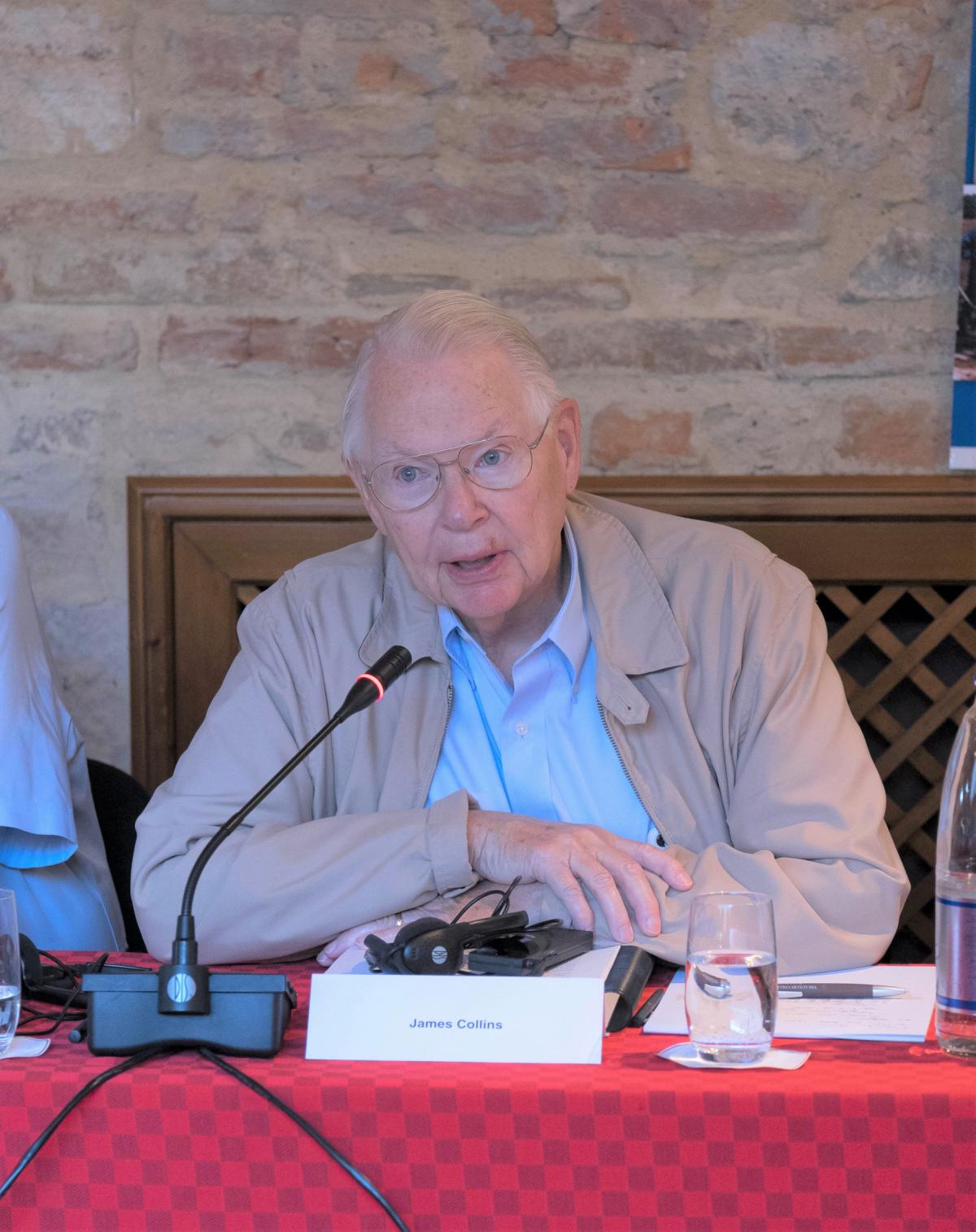 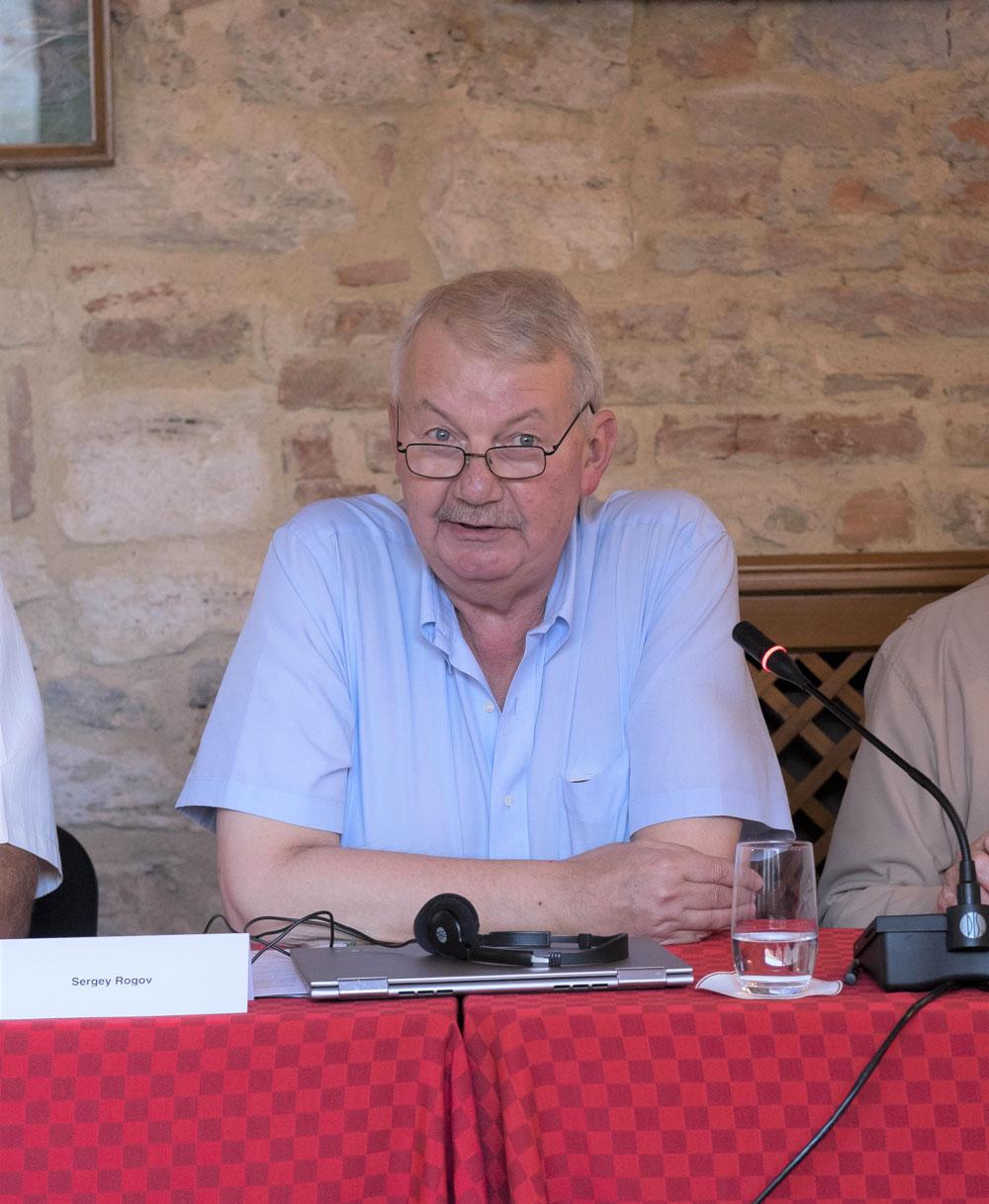 Director Emeritus of the Russian Institute of U.S. and Canada Dr. Sergey Rogov 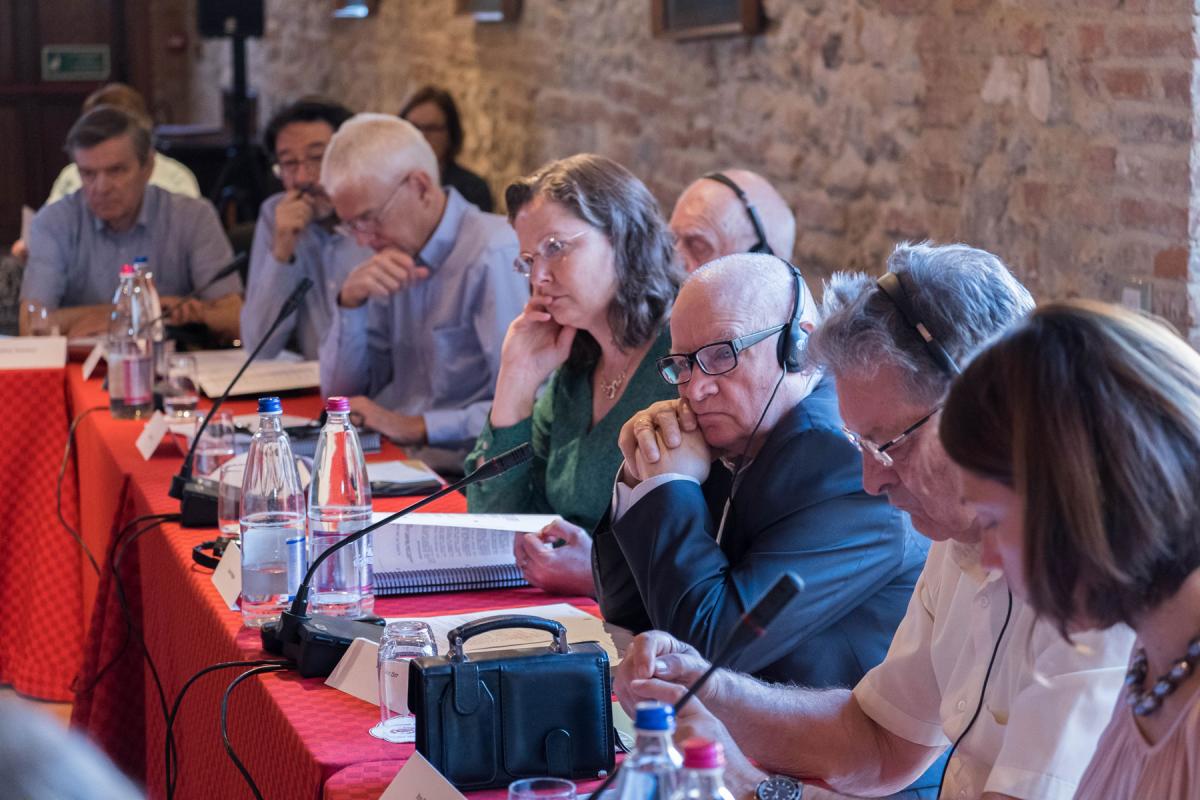 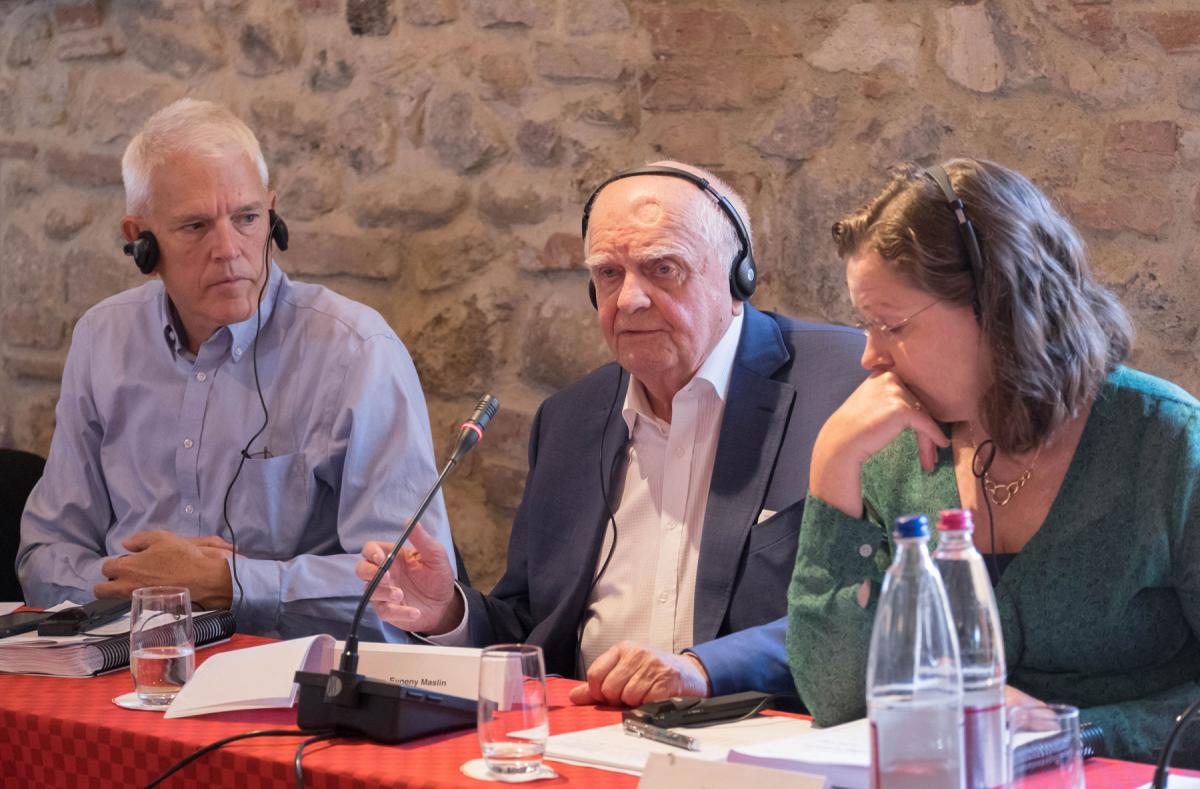 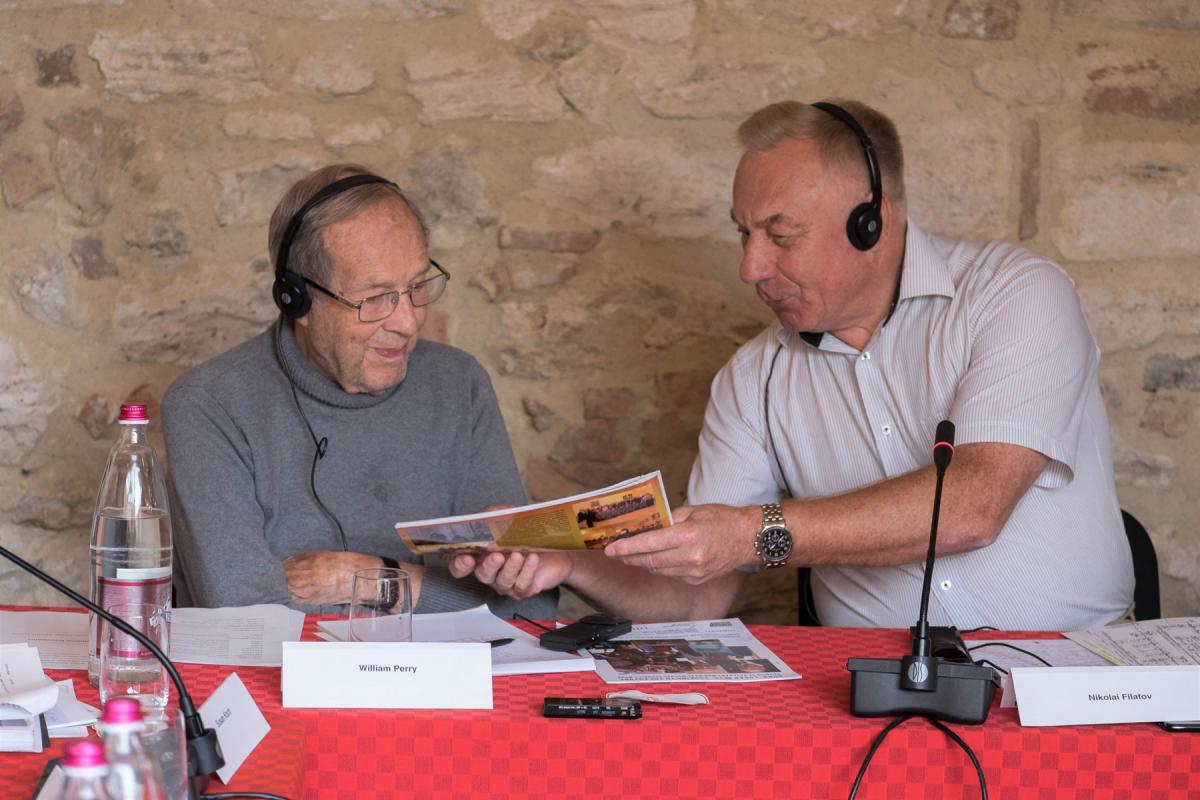 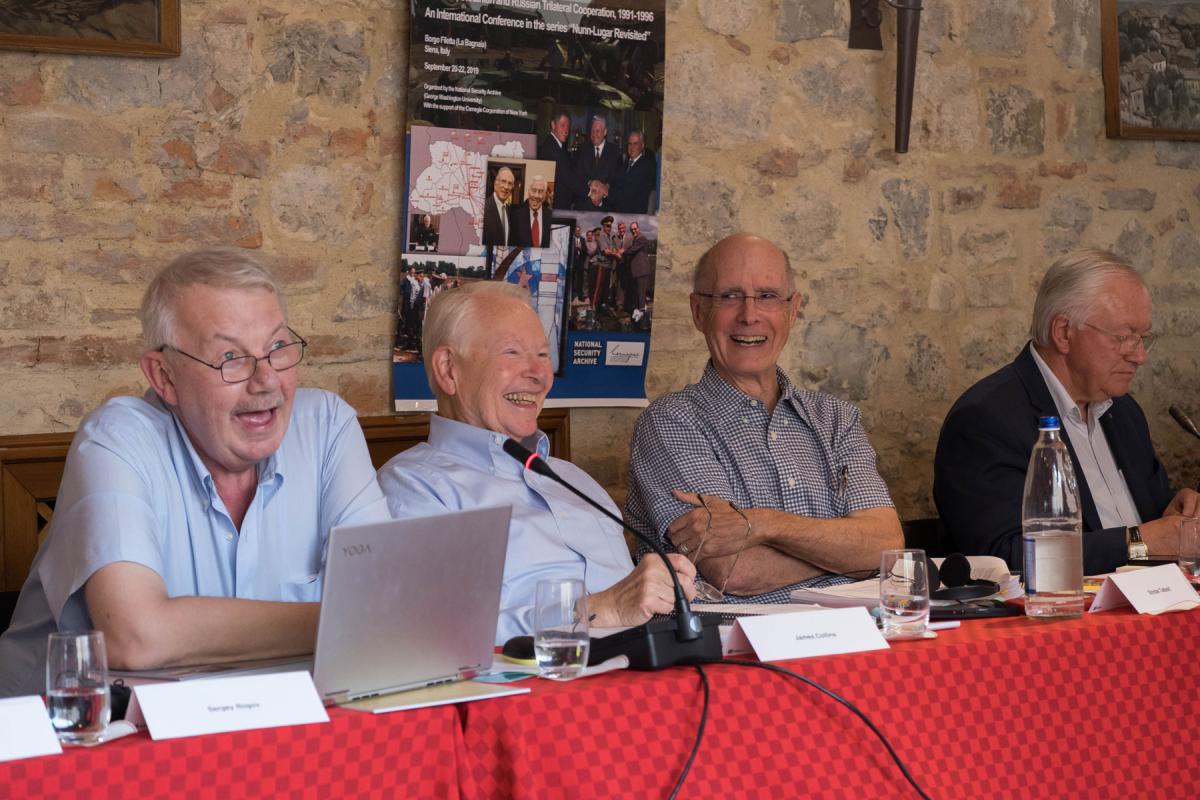 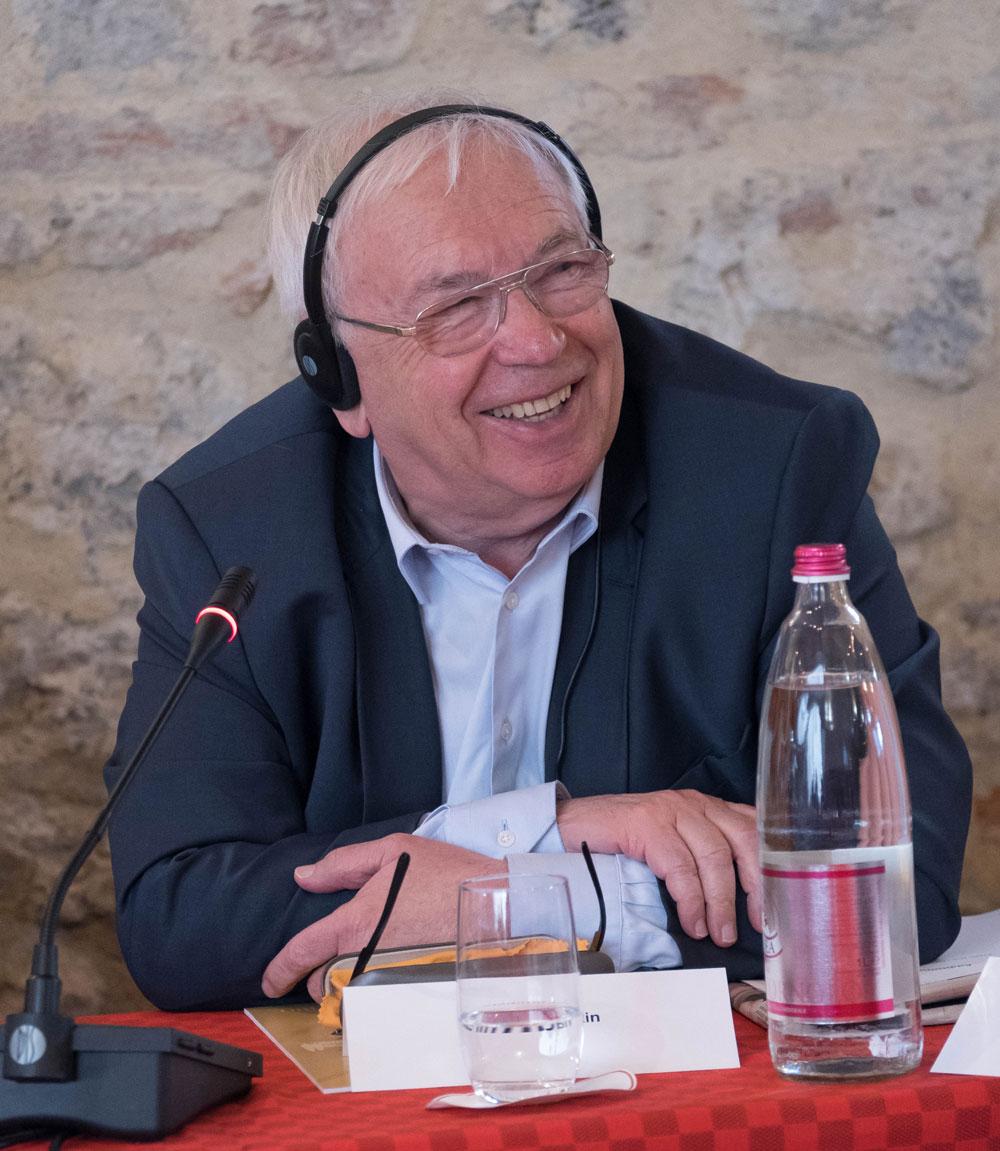 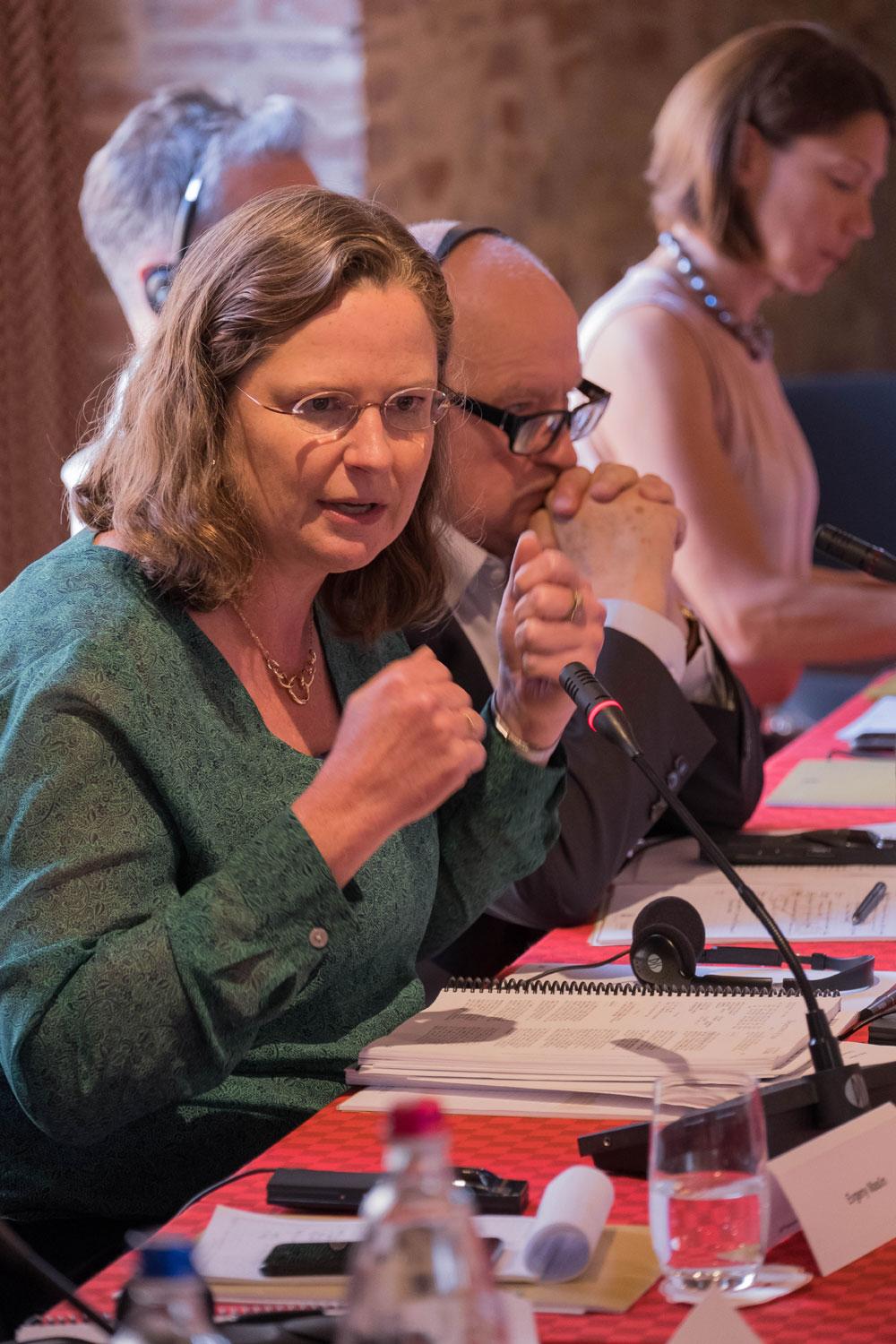 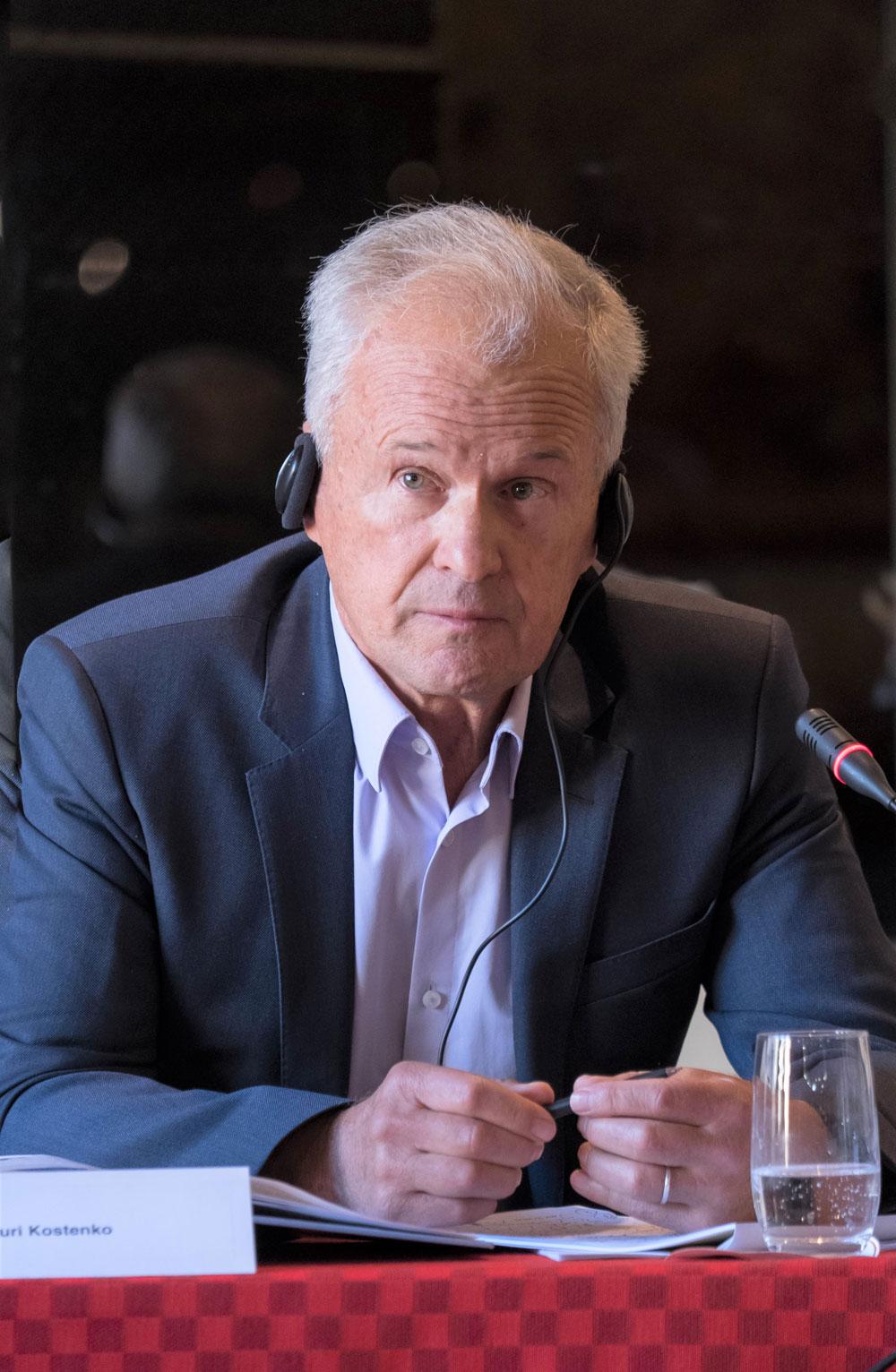 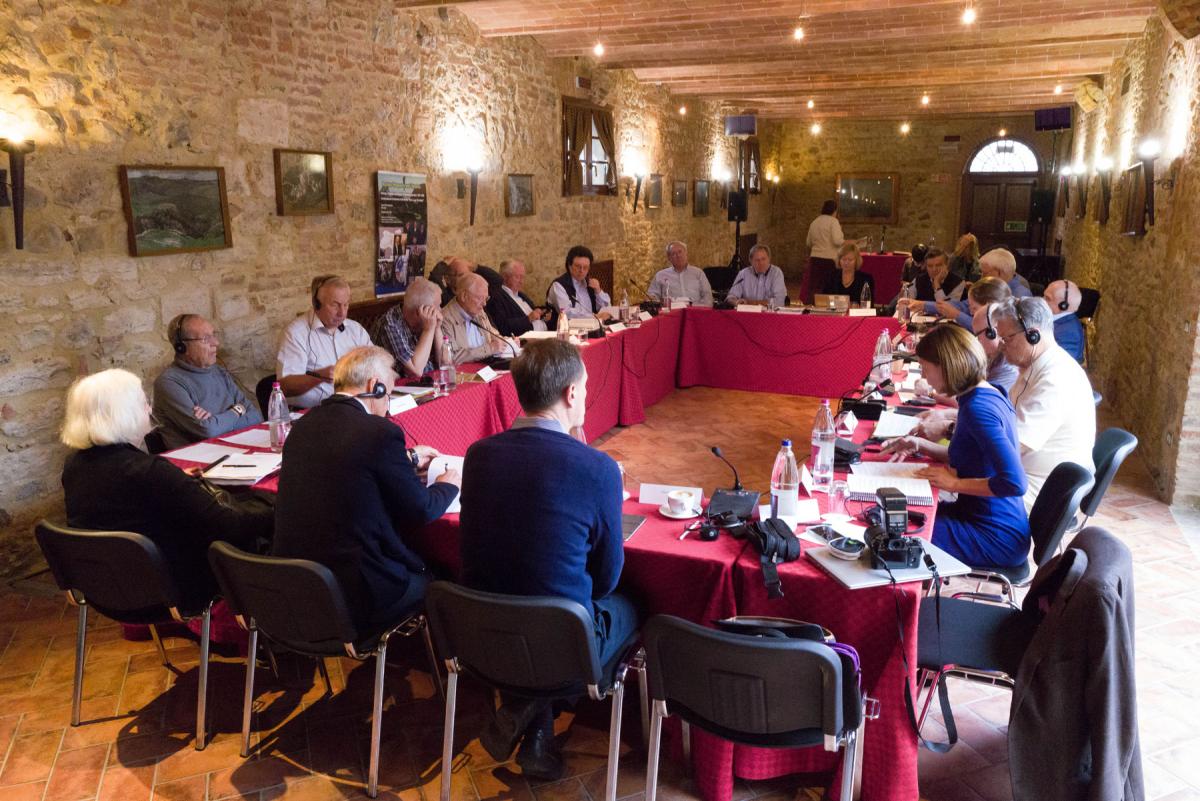 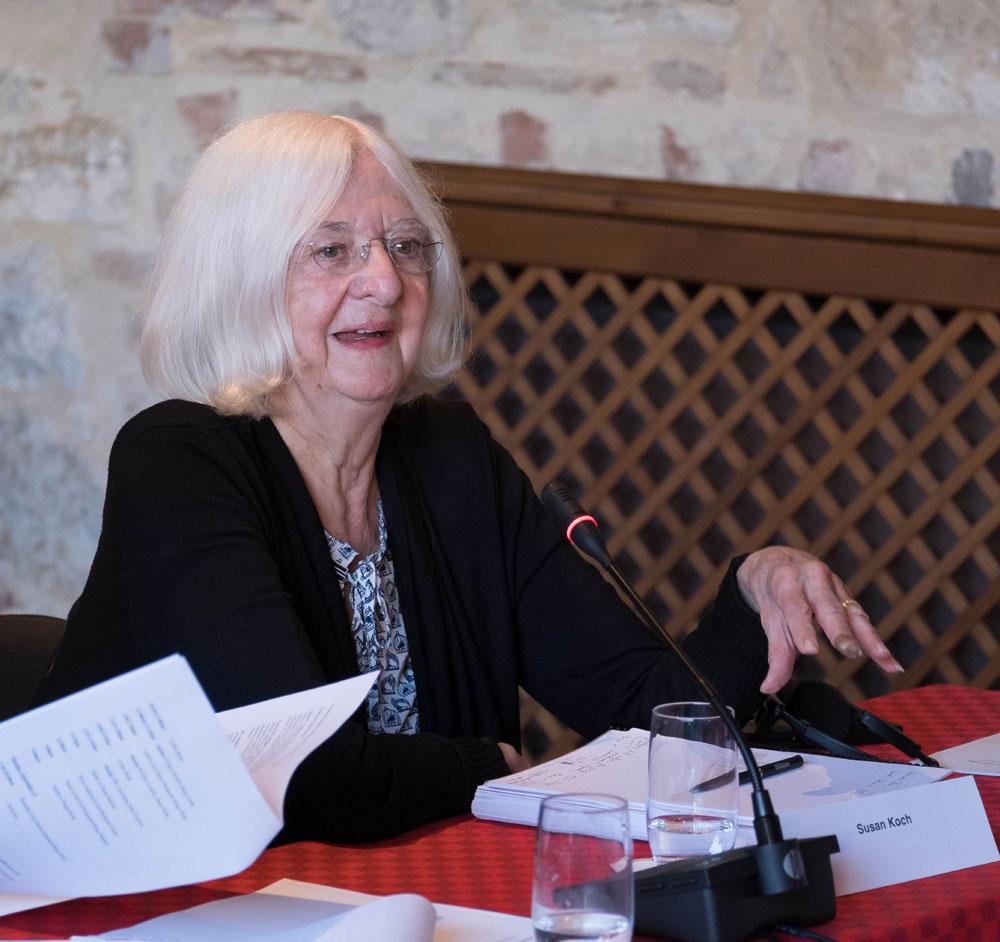 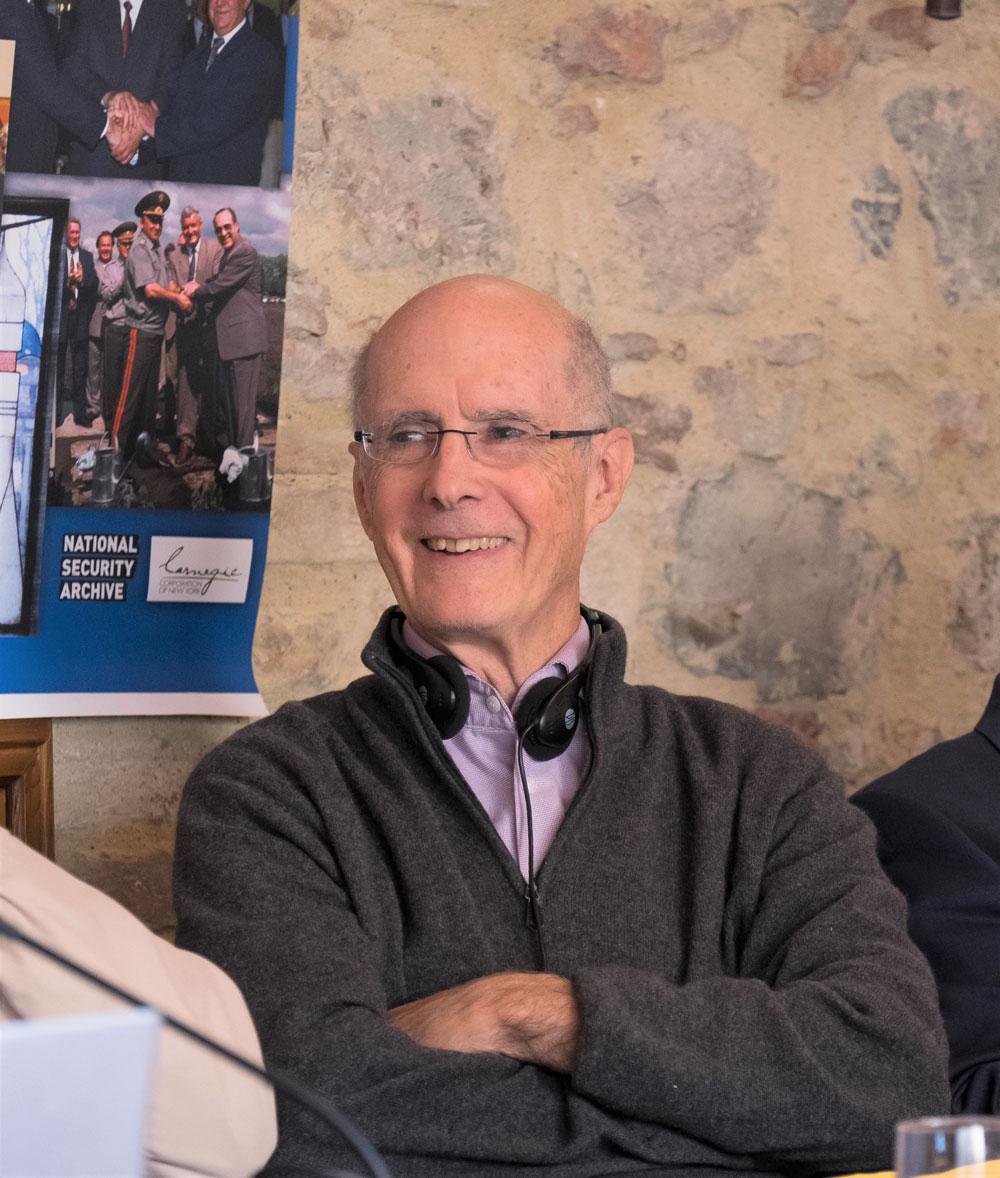 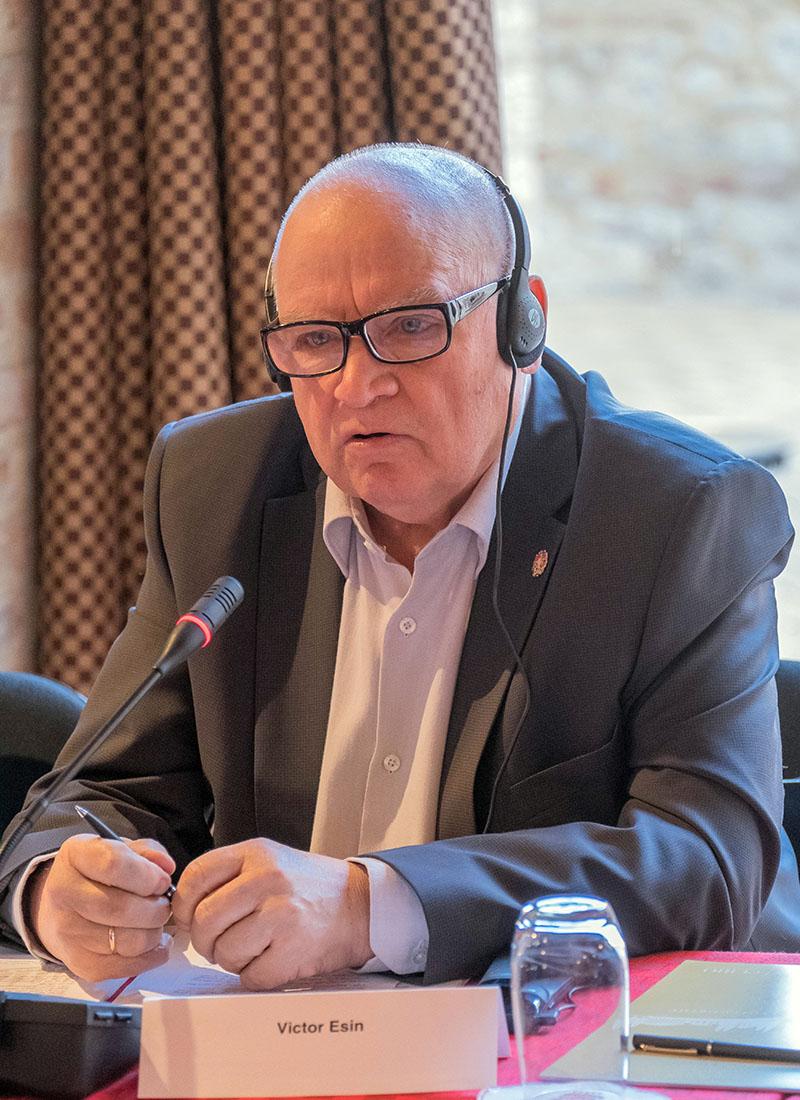 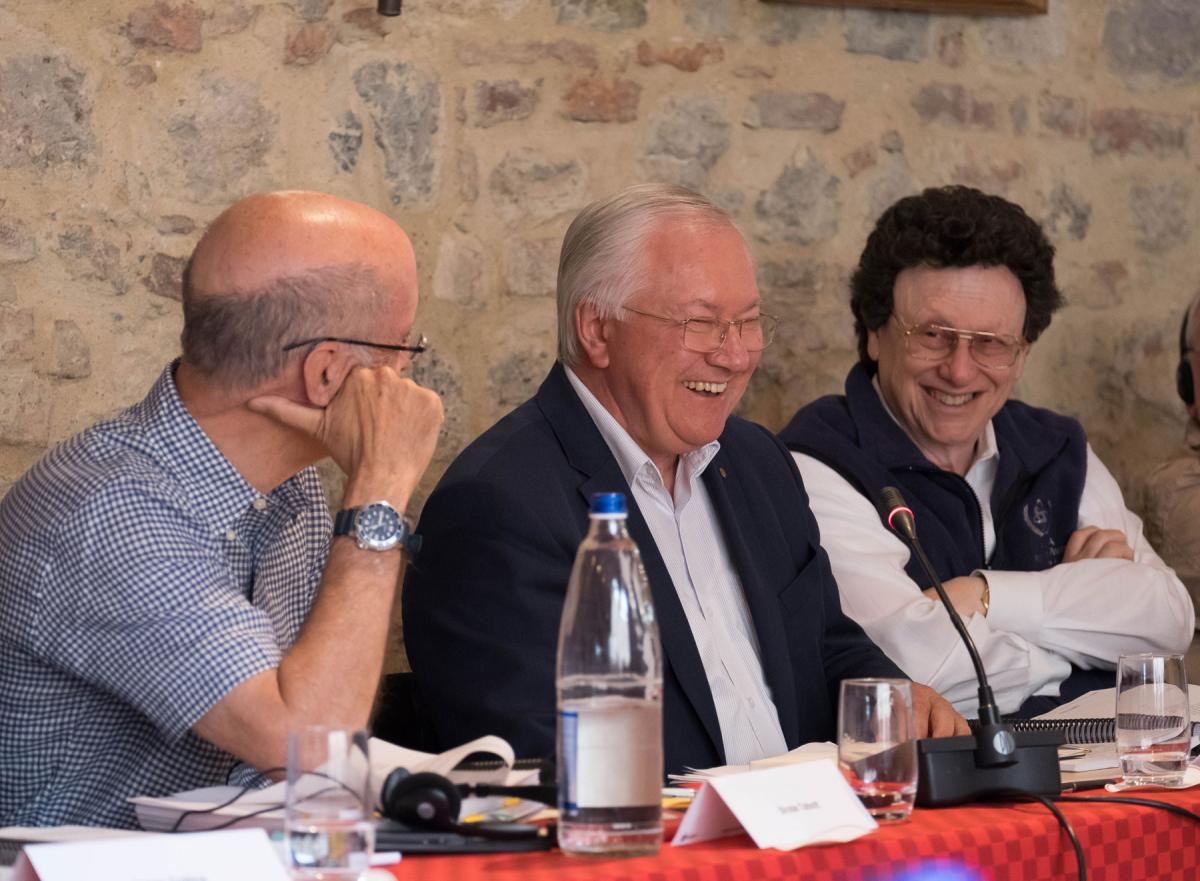 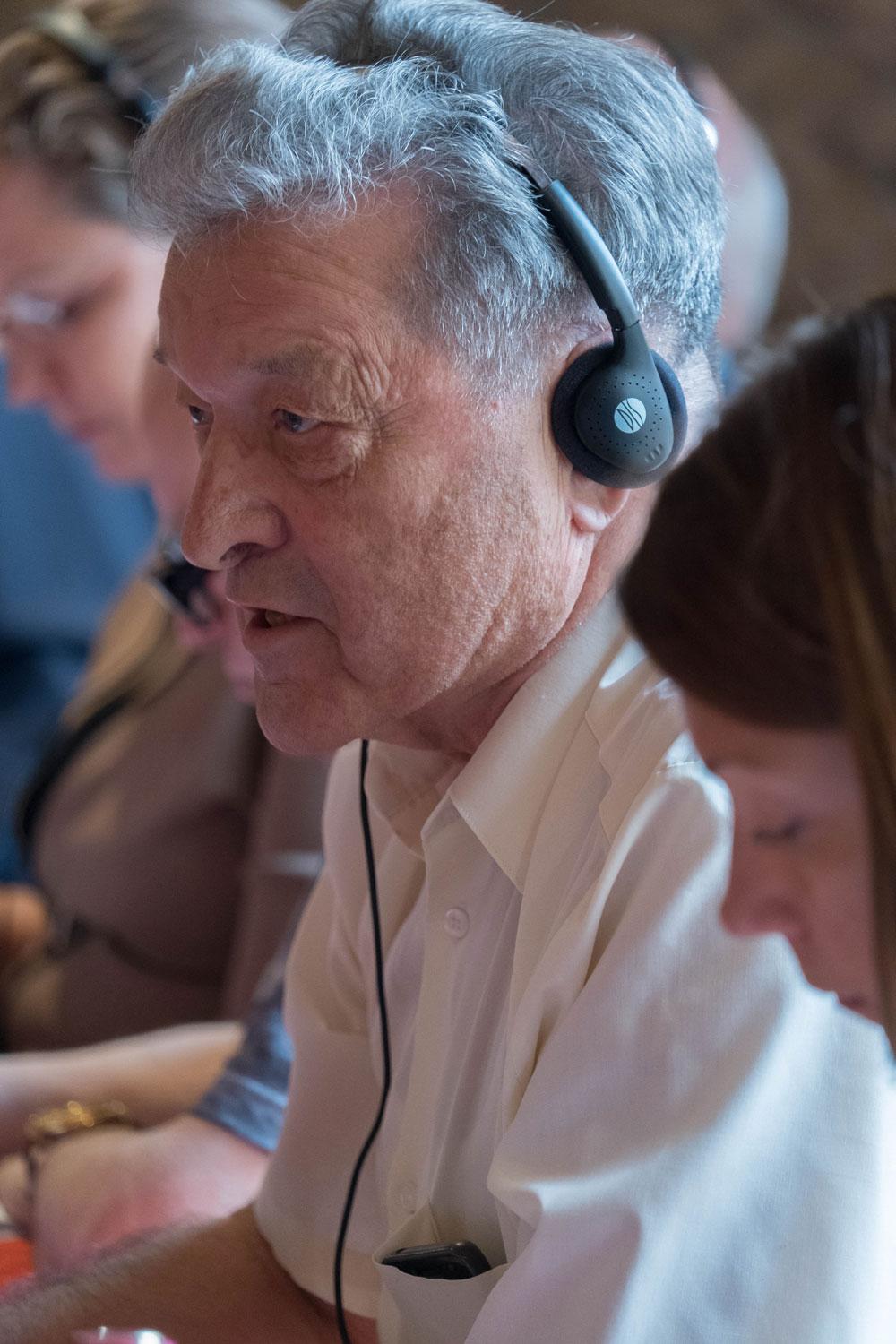 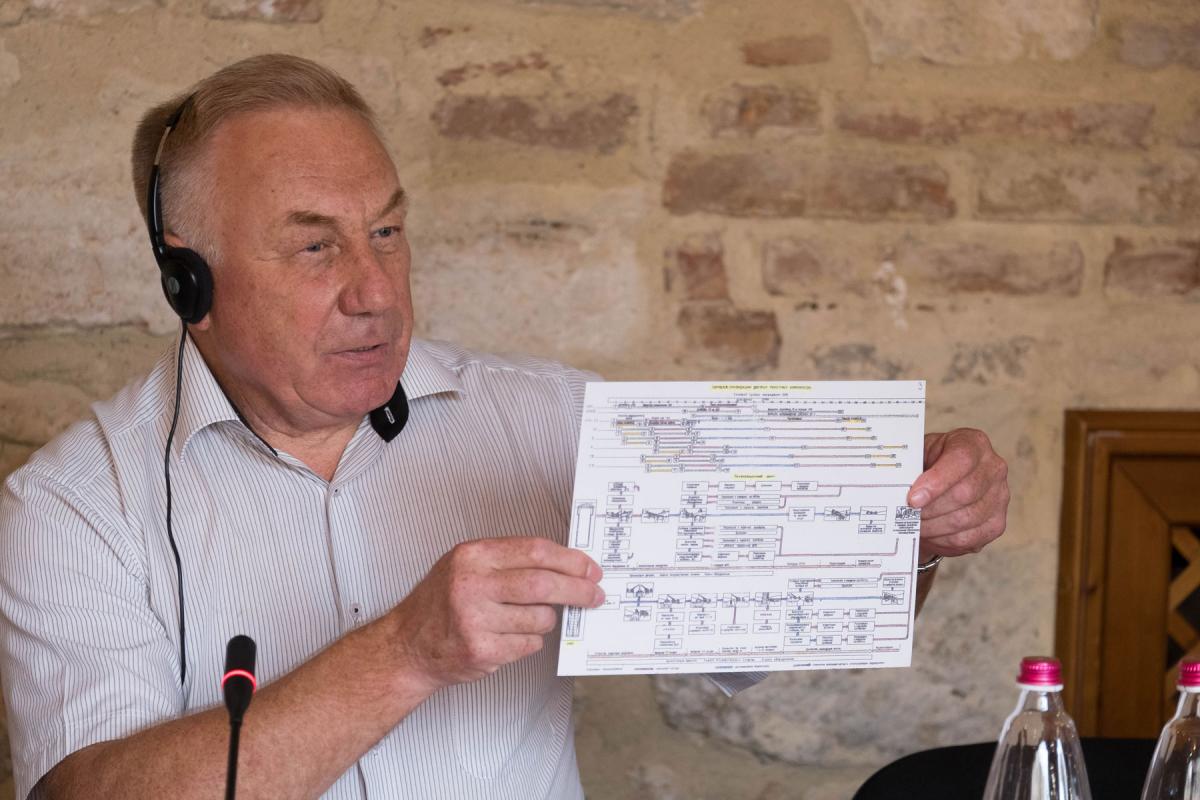 Major General Nikolai Filatov donates a document to the project 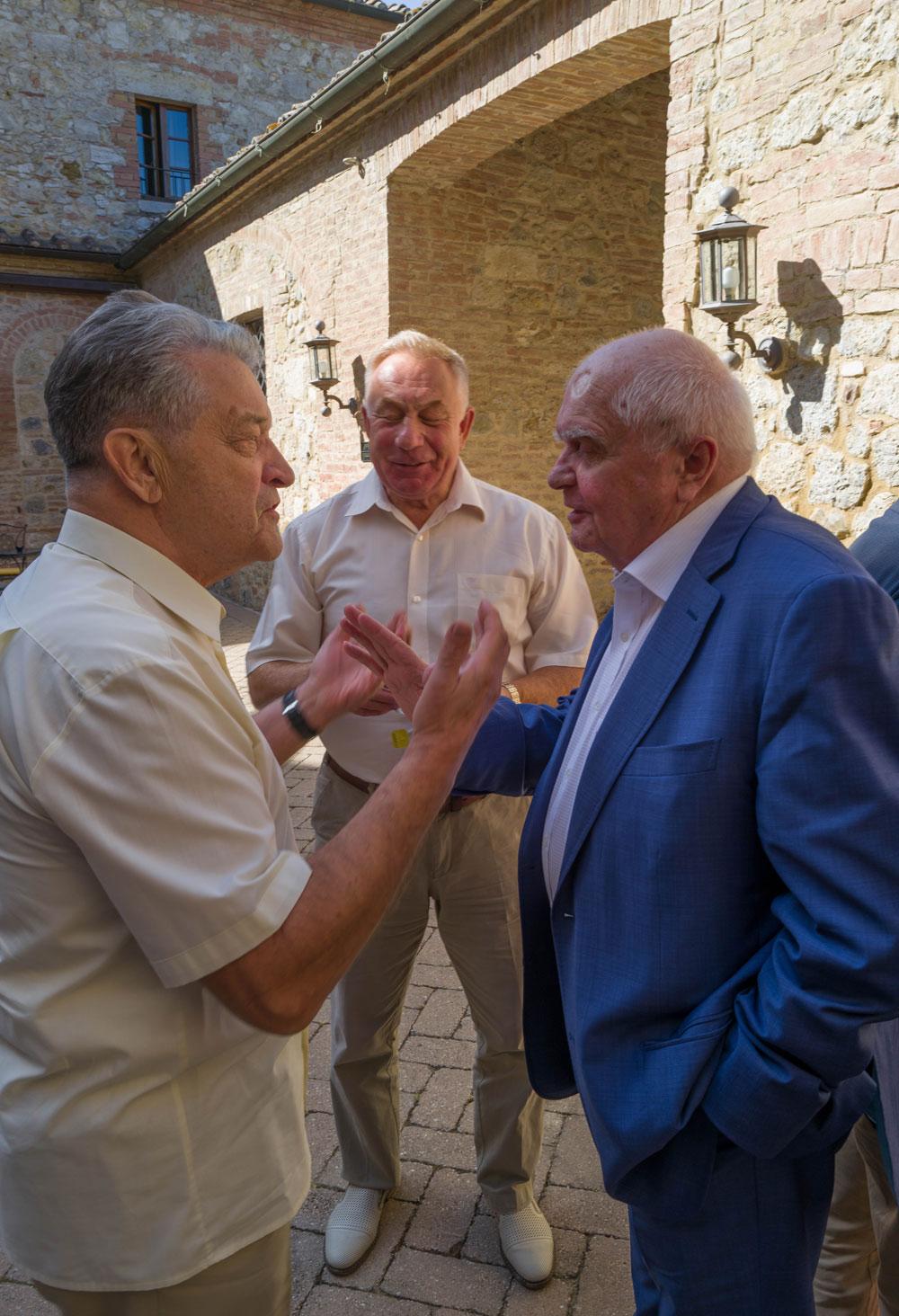 Russian and Ukrainian Generals re-live the negotiations of the 1990s.  From left to right: General Pustovoy, General Filatov, General Maslin 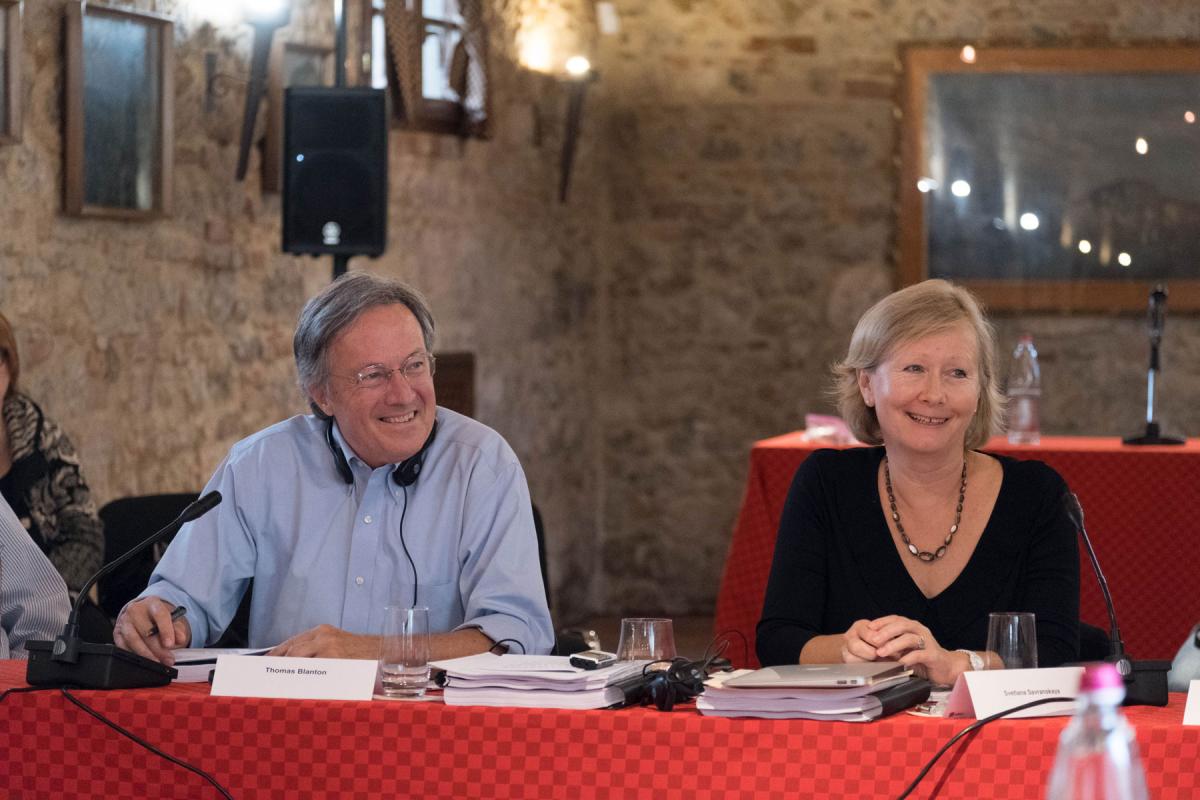 Washington D.C., December 5, 2019 – Cooperative threat reduction by the U.S., Ukraine, and the Russian Federation successfully eliminated the world’s third largest nuclear weapons force in the 1990s – the ICBMs, strategic bombers, and nuclear warheads left in Ukraine when the Soviet Union dissolved in December 1991 – according to declassified documents from all three countries published today by the National Security Archive.

The documents detail the intensive trilateral diplomacy over Ukraine’s nuclear legacy beginning even before December 1991, culminating in Presidents Clinton, Yeltsin, and Kravchuk coming to agreement in Moscow in January 1994, the signing of the Budapest Memorandum 25 years ago today that provided security assurances to Ukraine – assurances that Russia subsequently violated – and the departure of the last nuclear weapon from Ukraine in June 1996.

The documents describe the vital role played by the Nunn-Lugar initiative that re-directed Defense Department dollars into the dismantlement of nuclear infrastructure in Ukraine and helped underwrite Russia’s conversion of fissile material from those warheads into fuel rods for Ukrainian power plants.

Today’s publication directly addresses current narratives in all three countries that are historically misleading. In the U.S., the impeachment controversy features almost total amnesia about the extraordinary contribution to U.S. national security made by Ukraine’s decision to disarm, removing over 1,900 strategic weapons targeted on the U.S. In Russia, the new nationalist discourse dismisses the Nunn-Lugar cooperative threat reduction as forced disarmament, forgetting that the consolidation of the Soviet nuclear legacy in Russia directly served Russia’s security interests. In Ukraine, nostalgia for nuclear status is on the rise, fueled by the Russian annexation of Crimea and war in Donbas, while ignoring the enormous costs to Ukraine (diplomatic, financial, environmental, and more) had nuclear weapons been retained in the 1990s.

The National Security Archive’s Nunn-Lugar Project staff compiled, edited, and translated these documents to serve as a briefing book for a critical oral history conference earlier this year on the U.S.-Ukraine-Russia trilateral cooperation. With the support of the Carnegie Corporation of New York, that discussion took place on September 20-22 at the Borgo Fileta conference center outside Siena, Italy, and included top diplomats from all three countries together with key generals and defense officials, all of whom were veterans of the removal of nuclear weapons from Ukraine in the 1990s. The full conference agenda and brief biographies of participants are included in today’s publication, together with photographs by Archive deputy director Malcolm Byrne. For other Nunn-Lugar documentary and conference publications, see /project/nunn-lugar. For project information and research queries, the Nunn Lugar Project director is Dr. Svetlana Savranskaya, svetlana@gwu.edu.

Highlights of this briefing book include the practically verbatim memcons and telcons of President George H.W. Bush’s conversations with Presidents Boris Yeltsin and Leonid Kravchuk, declassified by the Bush Presidential Library in College Station, Texas, as the result of multiple Freedom of Information Act (FOIA) and Mandatory Declassification Review (MDR) requests by the National Security Archive since 1998. Bush Library files also were the source of National Security Council staff memos and copies of intelligence reports and diplomatic cables related to Ukraine in 1991 and 1992. At the Bush Library, Robert Holzweiss, Zachary Roberts, and Debbie Wheeler deserve special thanks for their work over many years to open these files.

Other highlights include the memcons and telcons of President Bill Clinton’s conversations with Presidents Yeltsin, Kravchuk, and Leonid Kuchma, declassified by the Clinton Presidential Library in Little Rock, Arkansas, as the result of FOIA and MDR requests by the National Security Archive since 2005. Clinton Library files also produced related NSC staff documents and cables from 1993 through 1996. At the Clinton Library, Rob Seibert and Kelly Hendren have been especially helpful in the declassification process.

Key State Department documents, including reports of highest-level conversations, came from multiple FOIA requests by the Archive to State in 2009, 2014, 2015 and 2017. At the State Department, senior reviewer Geoffrey W. Chapman brought a highly professional and much appreciated disclosure approach to the task of declassification.

Key Defense Department documents came from the retired files of former Secretary of Defense William Perry at the Federal Records Center, Suitland, Maryland, as the result of Mandatory Review requests by the Archive. Former aides to Perry’s predecessor, Secretary of Defense Les Aspin, provided the Archive with a copy of his dictated diary from 1993, which was located in the papers of the late Professor Richard Ullman at Princeton.

The Ukrainian Foreign Ministry and Rada documents included in this briefing book are courtesy of Dr. Mariana Budjeryn, from her extensive archival research and interviews in Kyiv and elsewhere for her dissertation and her forthcoming book on Ukraine nuclear history. Translations from the Ukrainian are by Dr. Andrei Shenin.

The Russian Foreign Ministry and Duma documents included in this briefing book are the result of Dr. Savranskaya’s research in the State Archive of the Russian Federation (GARF). Other Russian documents came from the Kataev Collection at the Hoover Institution.

Key players in the early Nunn-Lugar program donated notes, files, and photographs to the Archive that are represented in this briefing book. These include Ambassador James Goodby, who negotiated the first Nunn-Lugar agreements with Ukraine; Major General William Burns, who coordinated the Nunn-Lugar initiative in 1992; Dr. Susan Koch, who served both in the Bush 41 National Security Council staff and in the Clinton Defense Department; and Dr. Joseph P. Harahan, who wrote the Defense Threat Reduction Agency’s history of the Nunn-Lugar program.

Volodymyr Horbulin, who headed Ukraine’s space agency and served as President Kuchma’s national security adviser, personally gave the Archive his new 2019 memoir including an eloquent chapter on the nuclear negotiations, translated here by Sarah Dunn and published for the first time in English.

The late Yuri Dubinin, senior Russian ambassador who led the bilateral nuclear negotiations with Ukraine, provided the Archive with his detailed memoir of those discussions, translated here by Andrei Shenin. An alternative view, written by the head of the Ukrainian delegation, Yuri Kostenko, is forthcoming from the Harvard Ukrainian Research Institute.

U.S. Intelligence Report, "Growing Radicalization in the Ukraine." Circa August, 1991.

Cable from U.S. Embassy Moscow to Secretary of State, "...is Worried about Ukraine. But Feels...Kravchuk May Back Off After the Referendum." October 24, 1991.

Draft Agreement between the Russian Federation and Ukraine on the Development, Serial Production and Operation of Missiles, Missile Launchers, and Space Vehicles; List of the Most Important Projects on Missile and Missile-Space Technology. Circa May 21 1992.

Letter from the Ministry of Foreign Affairs of the Russian Federation to Vitaly Kataev. May 22, 1992.

Excerpt from James Baker memoir The Politics of Diplomacy, 1995, pp. 658-665. "From Four Nuclear Powers to One: The START Protocol [Lisbon]."

Memorandum of Conversation between President Bush and President Kravchuk. July 9, 1992.

Letter from the Chairman of the State Committee on the Nuclear and Radiation Safety of Ukraine N. Shteinberg to Major General Burns. July 24, 1992.

Draft Letter from Major General Burns to the Chairman of the State Committee on the Nuclear and Radiation Safety of Ukraine N. Shteinberg, August 10, 1992.

Memorandum of Conversation from a Meeting between the U.S. MC&A/ Physical Protection Delegation and Officials from the State Committee of Ukraine on Nuclear Radiation Safety (GAN). September 1, 1992.

Russian Ministry of Foreign Affairs Analytical Memo for the Duma Committee on Defense and Security, "On Statements by Ukrainian Members of Parliament in Washington about Issues with START [Translation]. Circa September 1992.

Cable from Defense Intelligence Agency, "Dynamics of Change in Eurasia No. 35." October 26, 1992.

Cable (Collins) from U.S. Embassy Moscow to Secretary of State, "Yeltsin to Nunn/Lugar: Concerns Over 'Pause' in U.S.-Russian Relations, Willing to Give Guarantees to Ukraine." November 24, 1992.

Memorandum of the Ministry of Foreign Affairs of Ukraine [Clarifying Position on Nuclear Weapons]. December 11, 1992.

Report from the Ministry of Foreign Affairs of Ukraine, "Possible Consequences of Alternative Approaches to the Implementation of Ukraine's Nuclear Policy (Analytical Report)." February 2, 1993.

Report from the Ministry of Foreign Affairs of Ukraine, "Additional Information on Possible Consequences of Alternative Approaches to Ukraine's Nuclear Policy." February 19, 1993.

Talking Points from the Department of State for Ambassador James Goodby on SNDV Dismantlement. April 19, 1993.

Report from the Ministry of Foreign Affairs of Ukraine and the State Committee of Ukraine for Nuclear and Radioactive Security, "Possible Consequences of Ukraine Not Joining the Treaty on the Non-Proliferation of Nuclear Weapons (Analytical Report)." April 21, 1993.

Cable from U.S. Embassy in Kiev to Secretary of State, "Message from Brzezinski." June 2, 1993.

Ukrainian Foreign Ministry Draft of the Treaty on the Guarantees of the National Security of Ukraine in Connection to its Accession to the Treaty on the Non-Proliferation of Nuclear Weapons of 1968. June 3, 1993.

Cable from the Office of the Secretary of State, "Yeltsin: Tokyo, Ukraine Nuclear Deal, MCTR." July 9, 1993

Memorandum for the Secretary of Defense from Frank Wisner, "Talbott-Yeltsin Conversations." July 17, 1993.

Letter from Under Secretary of Defense Frank Wisner to Senator Sam Nunn. November 17, 1993.

Talking Points and Non-Paper from the Department of State for Meetings with the Ukrainians [Compensation for HEU]. December 3, 1993.

Report from U.S. Embassy Kyiv to the Secretary of State on meeting with Deputy Director of the Ukrainian National Space Agency Titarenko, "Space Cooperation with Ukraine." February 26, 1994.

Memorandum of Telephone Conversation between President Clinton and President Kuchma of Ukraine. July 21, 1994.

Report by Vitaly Kataev on the State of Nuclear Weapons in Ukraine. September 16, 1994.

Memorandum of Telephone Conversation between President Clinton and President Kuchma of Ukraine. October 13, 1994.

Statement from the Deputy Minister of Foreign Affairs of the Russian Federation S.B. Krylov from the Transcripts of the Parliamentary Hearings "On Russian-Ukrainian Relations." [Translation] November 15, 1994.

Excerpt from Cable from Office of Secretary of State (Talbott) to James Collins, "Official-Informal." December 1, 1994.

Cable from the Office of the Secretary of State to the European Political Collective, "Presidential Statement: Removal of Nuclear Warheads from Ukraine and Agreement on CFE Flank Issues." June 1, 1996.

"Amendment to the Agreement between the Department of Defense of the U.S. and the Ministry of Defense of Ukraine Concerning Cooperation in the Elimination of Infrastructure for Weapons of Mass Destruction through Provision to Ukraine of Material, Services, and Related Training." June 4, 1996.

Documents from Archives of The Foreign Ministry of Ukraine 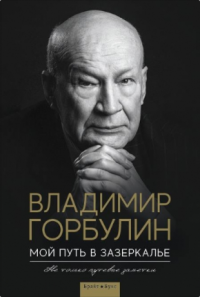 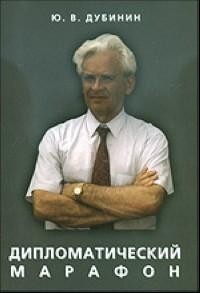 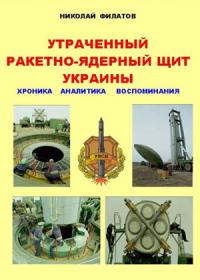 Nikolai Filatov, "The political and legal aspect of the elimination of missile-borne nuclear weapons in Ukraine and the military service of strategic missile specialists in 1996," Chapter Five, The Lost Nuclear Missile Shield of Ukraine (Kyiv, Ukraine, 2019) 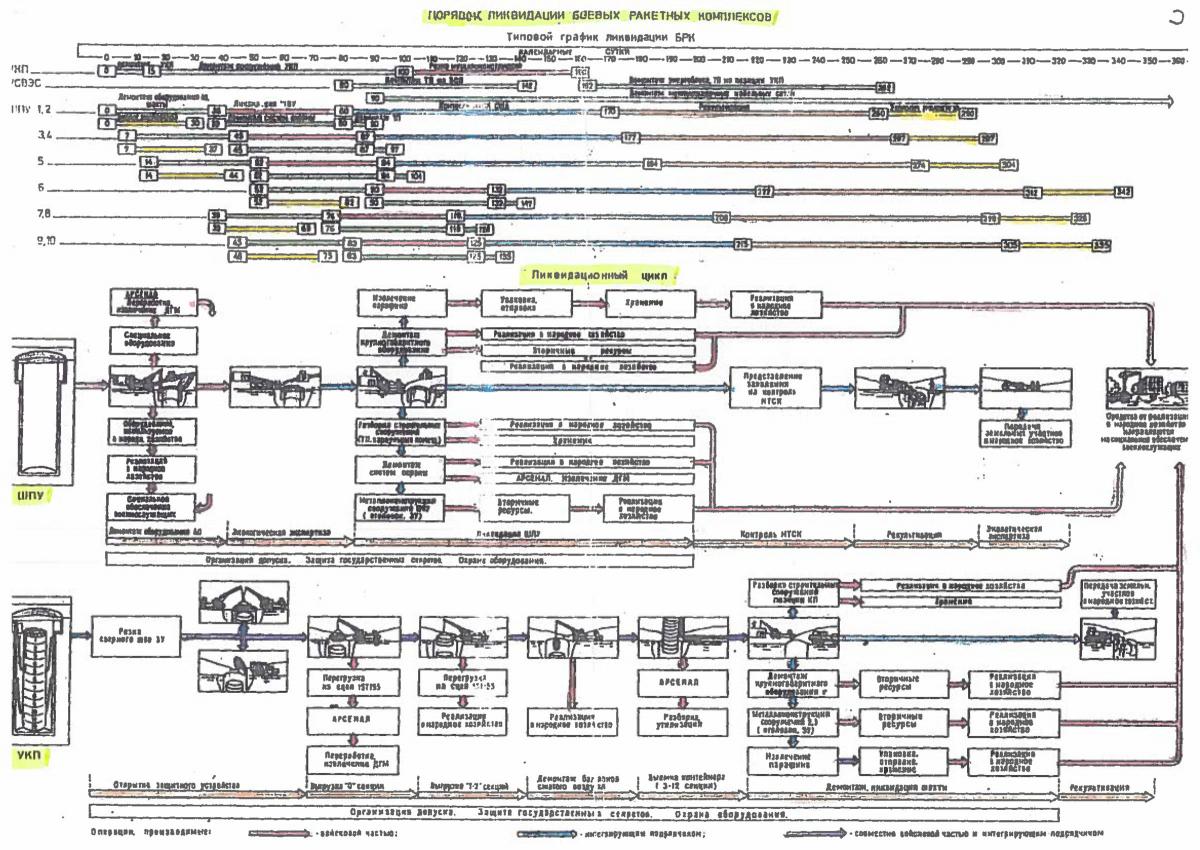 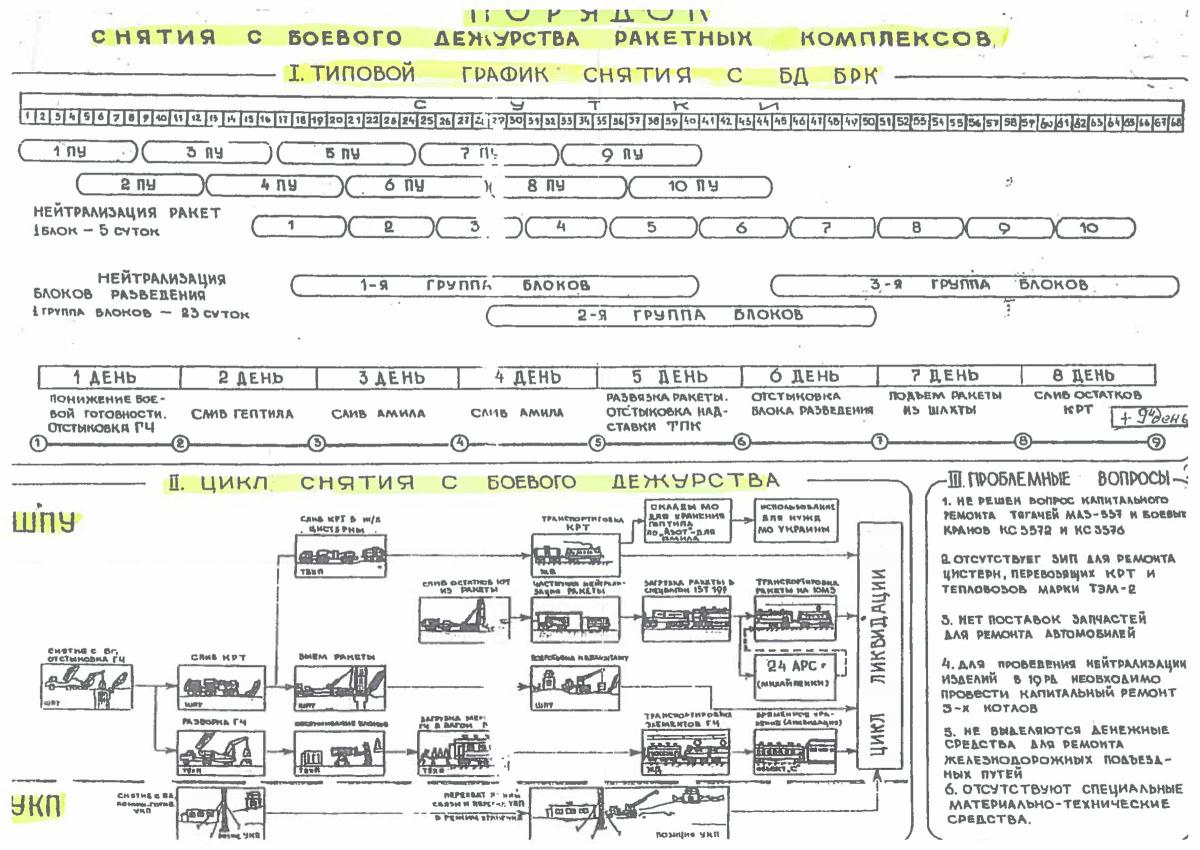 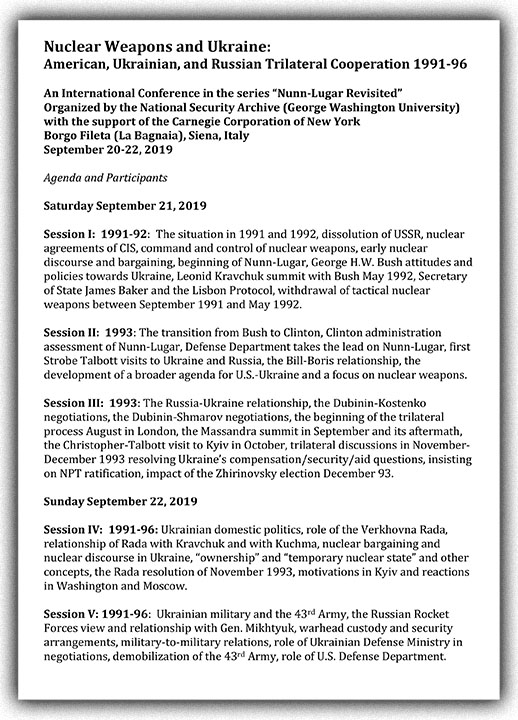